Register / Log In
Guests have limited access.
Join our community today!
You are currently viewing SemiWiki as a guest which gives you limited access to the site. To view blog comments and experience other SemiWiki features you must be a registered member. Registration is fast, simple, and absolutely free so please, join our community today!
AI the Matrix and Intel
by Daniel Nenni on 12-23-2019 at 6:00 am
View Profile
View Forum Posts 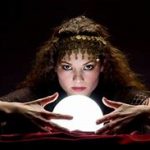 Check this webinar out – Mediatek will share a novel approach to early IR drop estimation. Competition in system design has become even more intense because potential markets are huge and there are more players with deep pockets chasing those markets. Wherever you are in those value chains, you want to shift everything left to accelerate… Read More

In June of 2013 Edward Snowden copied and leaked classified information from the National Security Agency (NSA). His actions exposed numerous surveillance programs that many governments around the world reacted to, including China. In September of 2013 China Vice Premier Ma Kai declared semiconductors a key sector for the … Read More

Semiconductor Market Researcher IC Insights released an update to the 2016 semiconductor sales forecast which is interesting on many different levels. It really has been an exciting year for the semiconductor industry, absolutely. Two of the stars of this year’s report happen to be two of my favorite fabless companies, Nvidia… Read More