I would guess that most people have seen or at least heard of the Matrix movies but how many people can remember who vanquished the earth to begin the series? It was artificial intelligence (AI) of course which seemed pretty far fetched 20 years ago, but today not so much. In fact, for those of us in the AI know it seems quite likely in some… Read More 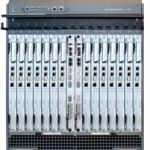 I usually write about the handset business (terminals in wireless-speak) because it is a consumer business and drives, directly and indirectly, a large part of the semiconductor business. But there is another part to the business, base-stations.