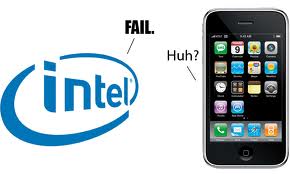 The Business insider article “The iPhone 5S Is By Far The Fastest Smartphone In The World…” reinforces what I have been saying in regards to technology versus the customer experience. Yes, Intel has very good technology and “factory assets” but that no longer translates to market domination in the new world order of smartphones and tablets.

The chips in the chart below are called SoCs or System on Chips. Per Wikipedia:

A system on a chip or system on chip (SoC or SOC) is an integrated circuit (IC) that integrates all components of a computer or other electronic system into a single chip. It may contain digital, analog, mixed-signal, and often radio-frequency functions—all on a single chip substrate. 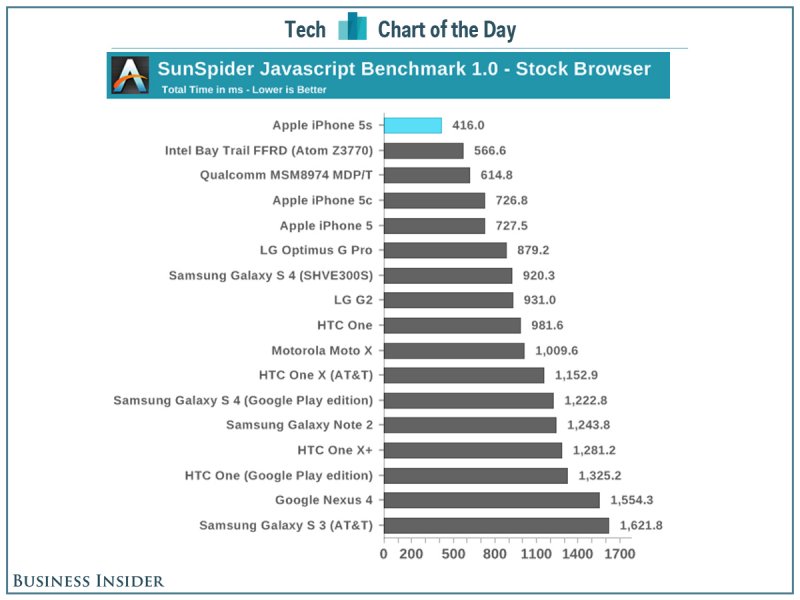 The technological benefits of SOCs are self-evident: everything required to run a mobile device is on a single chip that can be manufactured at high volumes for a few dollars each. The industry implications of SoCs are also self-evident: as more functions are consolidated into one SoC semiconductor companies will also be consolidated. For example, Apple is a systems company by definition but they also make their own SoC. Samsung, Google, Amazon, and others are following suit. For those who can’t make their own highly integrated SoC, QCOM is the smart choice as they are best positioned to continue to dominate the merchant SoC market.

The most interesting thing to note is that the Apple A7 chip is manufactured by Samsung on a 28nm LP (Gate-First HKMG) process and the Bay Trail chip is Intel 22nm (Gate-Last HKMG). So tell me: Why is a 28nm chip faster than a 22nm chip? Simply stated, the Intel 22nm process is not a true 22nm process by the standard semiconductor definition. It also has to do with architecture and the embedded software that runs the chip which directly translates to customer experience. The other thing is cost. 28nm silicon is the cheapest transistor we will probably ever see again.