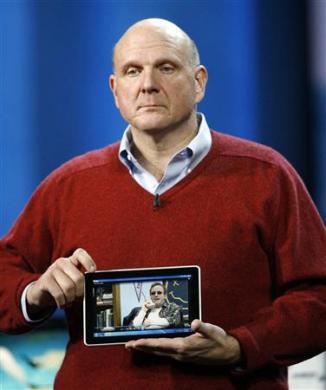 As mentioned in a previous post, Microsoft has started to come clean on its software strategy as it relates to Windows 8 for PCs and Tablets. The strategy has been changing quite rapidly since their first admission in September. Essentially the Windows 8 O/S will be forked based on whether the mobile device is operating on an x86 or an ARM processor, with legacy apps only being supported on Intel processors.

The change in Microsoft’s strategy I believe is based as much on economics and profits as it is the degree of difficulty porting apps to a new processor architecture. Intel and Microsoft are in the process of stringing along the world’s longest divorce proceedings because every now and then they wake up to see that they still need each other to remain heavily profitable. The common thread or customer base is the corporate world, who fear any breakup. In addition, the HP drama that unfolded this summer shows what happens when a big company cuts off its right arm.

Microsoft realizes that there can be two Windows 8 operating systems and perhaps three. The consumer market, both PC and tablets, is growing at an incredible rate given that costs continue to drop. Emerging PC markets, as shown by every Intel presentation to analysts, is growing at a mid teens rate because notebook prices are continuing to drop making it more affordable for new purchasers. On the flip side, Apple has carved out a leading position in tablets and greater than $1000 notebook PCs in retail. Microsoft will be under pressure to shave O/S prices in the consumer space to blunt Apple’s charge.

When Meg Whitman rejoined HP, the immediate strategy recognition was that they would not catch Apple in the consumer tablet market and that they needed to create a firewall in the corporate market where, outside of printers, most of the revenue and profits are derived. Microsoft and Intel have a similar business model where most of their profits come from corporate. If Microsoft issued one O/S across the board, then they would be leaving a huge pile of corporate profits on the floor. In addition, Microsoft would not be able to follow the traditional model of upsell the security blanket. The right strategy called for Intel and Microsoft to join hands with HP and Dell to issue a corporate tablet that cost a few hundred $$$ more than a consumer model but retains the x86 processor and full Windows compatibility.

These corporate tablets that arrive in 2H 2012 will in reality be very similar in hardware to the ultrabook platform being pushed by Intel. The key difference is that it will have a smaller, lower power LCD and likely a slower, lower power and lower cost Intel processor. The cost will end up being less than a similar ultrabook but closer in range to an iPAD. However, unlike the consumer market that demands non-iPAD tablets to be in the $199 – $299 range, these tablets will find a home in the corporate world at prices closer to $500.

If Microsoft is not successful with the new corporate tablet model then they run the risk of losing O/S and Office business to Apple in corporate PCs. It is still early to tell how fast Apple will be able to penetrate the corporate world over the next few years. However, to make sure they have all the bases covered, Microsoft, according to this article, appears to be working on an Office suite for iPAD. No mention of whether this is specifically for ARM processors or whether it will be independent of the underlying hardware. In addition, there is no mention of backward compatibility.

As the tectonic plates shift in the PC and tablet industry, one can see that for all the changes, there is still a lot of money to be tapped in the corporate market. Existing suppliers like Dell and HP are trying desperately to hold onto hardware sales as they increase services and cloud based computing. Apple has decisions to make as well. Corporate is used to buying on 3-5 year cycles and will overbuy in terms of PC performance to get the best ROI over the life of the PC. Apple may decide that they will have to ramp the performance of their next version ARM processor (A6) dramatically so as to stay within sight of Intel’s 22nm tablet processor that arrives with Windows 8 next year. 2012 should be very interesting, indeed.

FULL DISCLOSURE: I am Long AAPL and INTC

0 Replies to “Microsoft’s New Tablet Strategy: Here, There and Everywhere”