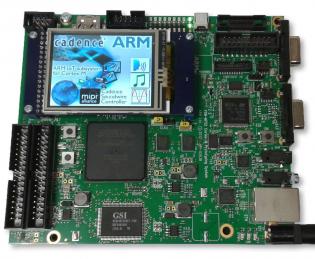 The best things in life may not always be free, but they don’t have to be incredibly difficult to get to. A

challenge for IoT designers has been that their bubbling excitement over the potential of their new gizmo is quickly tempered by the complexities of actually building the hardware. Not exactly what they have come to expect in a Maker world with all kinds of pre-proven open-source software.

But now ARM and Cadence have shown it doesn’t have to be that way. They recently collaborated to deliver an FPGA-based reference development board. The system includes interface IP from Cadence and the IoT processor subsystem from ARM. From Cadence there is MIPI SoundWIre, Quad-SPI, I2C and SPI. The ARM IP includes a Cortex-M processor, power management, flash cache, flash controller and the Cordio radio. And of course ARM mbed provides the software foundation to manage all of this.

That leaves the solution developer to add sensors, actuators and wireless functionality through provided expansion ports, hardware customization through the FPGA and whatever value-add software applications they feel they need. The development board includes a touch screen with image generation, so the prototype can be completely self-contained (maybe with addition of a speaker and microphone).

One engineer (possibly from ARM, reference material is not clear on this) was able to put together a working IoT sensor prototype in just one month starting from this platform. That’s the kind of turn-around time developers need in a competitive IoT market.

It’s easy to forget in a system like this that a lot of the value in the development system is the pre-proven integration between ARM and Cadence components – the majority of the system, to which you are adding your own special sauce. This isn’t something easy to forget when you put systems like this together yourself. There’s a lot of back and forth discussion with IP providers and anxiety over whether you’re really using IP as expected and whether you’re effectively testing for all possible corner cases.

Much of this is simply lack of enough insight into and experience with those IPs. When IP vendors collaborate to prove out subsystems, as ARM and Cadence have done in this case, most of those problems disappear – they’ve already been considered and resolved by the people most expert in the requirements of their IPs.

That’s really why you can get to a proven prototype in a month. It’s not just that you’re using pre-designed and validated components. It’s that you’re using a pre-designed and validated subsystem where potential issues between different providers of components have already been resolved. That’s worth a lot. I’m betting most of us would like to see more solutions like this. You can learn more about the Cadence/ARM prototype HERE.