However back then the “A” in ARM stood for Acorn – ARM the company had yet to be formed. Acorn sold computers to schools and so cost was a prime concern, this meant that when it came to replace the aging 8bit 6502 in the BBC Micro with a more powerful microprocessor it had to be cheap.

Unfortunately the commercially available alternatives at the time were simply not cheap enough and so Hermann Hauser, the Managing Director of Acorn, decided that Acorn should build its own 32bit microprocessor – however he gave the ARM design team two distinct advantages over other microprocessor design teams – no money and no people! So the design had to be simple and straight forward, indeed the first ARM reference model was written in just 808 lines of Basic.

Interestingly, although the ARM silicon worked first time, it appeared to be consuming no power at all, at least that is what the ammeter said. It turned out that the test board had a fault that meant the ARM was effectively unpowered and was running solely on leakage from the I/Os. This low power consumption was a valuable side effect of making the ARM cheap and turned out to be the key to its success in the emerging mobile electronics market.

1990: ARM Ltd. Founded
In the early 1990s Apple was developing a “Personal Digital Assistant” called Newton and were looking for a low power processor to power it. Apple was very interested in ARM but were reluctant to base a product on Acorn’s IP and so ARM Ltd. was founded on 27[SUP]th[/SUP] November 1990 as a joint venture between Apple, Acorn, and VLSI Technology. The first office was in a beautiful 17C converted barn just outside Cambridge UK . Apple put in £1.5M of cash, Acorn put in the 12 Engineers who had worked on ARM and VLSI provided the design tools.

ARM then set about extending the architecture to meet Apples requirements for 32bit addressing and endienness support. In January 1992 the ARM610 was complete and Newton was launched in 1993. 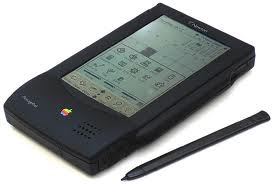 Partnership Model
Unfortunately, the Newton was not a great success and so Robin Saxby, ARM’s CEO, decided to grow the business by pursuing what we now call and IP business model, which was rather unusual at the time. This was still at the stage that a microprocessor was a whole chip, before it was small enough to just form part of an system-on-chip.

The ARM processor was licensed to many semiconductor companies for an upfront license fee and then royalties on production silicon. This effectively incentivised ARM to help its partner get to high volume shipments as quickly as possible.

One interesting feature of this IP licensing business model is that the pipeline is very long—it can take years from the time a license is signed until the royalties really start to kick in.

When ARM started it had an internal software group to produce the compilers, assemblers and debuggers that it required. But ARM could not do everything necessary internally. However, it was still a small company with a niche processor architecture and companies like Wind River that produced real-time operating systems needed to be paid to port their product lines and support the architecture.

But as the ARM architecture became more and more widely licensed, ARM put a lot of effort into building a partner program so that anything that an ARM licensee might need would be available from an ecosystem of 3[SUP]rd[/SUP] party suppliers. The economics for the partners changed so that gradually selling into ARM’s base of licensees was a huge opportunity and nobody needed to be bribed to support the architecture.

1994: “Thumb” – the big break
In 1993 Nokia approached TI to produce a chipset for an upcoming GSM mobile phone and TI proposed an ARM7 based system to meet Nokia’s performance and power requirements. Unfortunately Nokia rejected the proposal as the memory footprint of a an ARM7 based solution made the system cost too high—being a 32 bit processor every instruction took 4 bytes. ARM came up with a radical idea to create a subset of the ARM instruction set that required just 16 bits per instruction. This improved the code density by about 35% and brought the memory footprint down to a size comparable with 16 bit microcontrollers. Thumb, as it became known, was a major breakthrough that won Nokia over, and arguably is what got ARM in to mobile phones. The first ARM-powered GSM phone was the hugely popular Nokia6110 and the ARM7TDMI which powered it went on to become one of ARMs most successful products with more than 170 licensees who have shipped over 10 billion units since its introduction in 1994.

By the end of 1997, ARM had grown to become a £27m business with a net income of £3m and so it was time to float the company. On April 17th, 1998, ARM completed a joint listing on the London Stock Exchange and Nasdaq with an IPO at £5.75. The stock soared and ARM became a billion dollar company almost over night .

The move to Synthesizable cores
Chips were now large enough that a microprocessor only occupied a small part of the chip and so it was possible to build software-based systems on a single chip, the so-called system-on-chip, or SoC. Microprocessors were one of the first parts of SoCs to use the IP business model since most design teams didn’t have the knowledge or desire to build their own microprocessor and certainly lacked the skills to build the tool-chain of compilers and debuggers necessary to make it usable. As a result, ARM was designed into more and more SoCs, especially in the explosively growing cell-phone market where ARM had gradually become the de facto standard.

However, the ARM core was technology-specific “hard IP” and it soon became clear that porting it to so many different technologies was a real bottleneck and that something had to change. A synthesizable core was required that could be licensed to anyone without needing a technology-specific port of the core.

In 2001 the ARM926EJ-S was announced. It was fully synthesizable with a 5 stage pipeline and a proper MMU, as well as hardware support for Java acceleration and some DSP extension. It went on to be licensed by over 100 silicon vendors worldwide and has shipped over 5 billion units to date.

2005: Cortex
The subsequent development of ARM9 and ARM11 families had extended the capability of the ARM architecture in the direction of higher performance with the introduction of multi-processing, SIMD multimedia instructions, DSP capability, Java acceleration etc. However there were other, potentially much larger market segments, which these processors did not address. So, in 2005, ARM introduced a change of direction and the ARM architecture was split into 3 “profiles”, the upwards and to the right path continued with the Cortex-A, a new range of high-performance real-time processors was introduced as Cortex-R whilst the Cortex-M profile targeted microcontrollers.

2008: Multicore
By 2008 the Smartphone market was booming and the demand for increased performance whist at the same time maintaining a long battery life presented quite a challenge. ARM responded with the Coretex-A9 MPCore, a multi-core processor which was better able to address the huge dynamic range in processing power from idle or playing music to full bore 3D gaming. This was further improved with the introduction of the heterogeneous “big.LITTLE” approach in 2011, which provides high performance with a powerful core when required and then switches back to a lower performance but much lower power core when high performance is not needed.

Of course, the product line continues to develop with a spread from the Cortex-M0 microcontroller all the way up to 64-bit multicore processors aimed at the corporate datacenter, and with cores in between targeted at attractive large markets such as low-end low-price smartphones.

ARM is now the standard microprocessor for use in mobile products, especially smartphones such as the iPhone or Samsung Galaxy, and tablet computers like the iPad. It powers Qualcomm’s Snapdragon, Apple’s series of Ax application processors, Mediateks’s chipsets, and also the high-volume low-cost feature phones.

The ARM Connected Community, as the ecosytem of partners is now known, has over 1000 companies participating. These partners add value to the ARM architecture and are a formidable barrier to entry into ARM’s processor licensing business.

When ARM was founded back in 1990 it had just one licensee, VLSI Technology, who had shipped a total of 130K cores. Today ARM has more than 280 licensees who have collectively shipped over 30B cores to date. There are 22 million ARM cores entering the market every day.

0 Replies to “A Brief History of ARM Holdings”