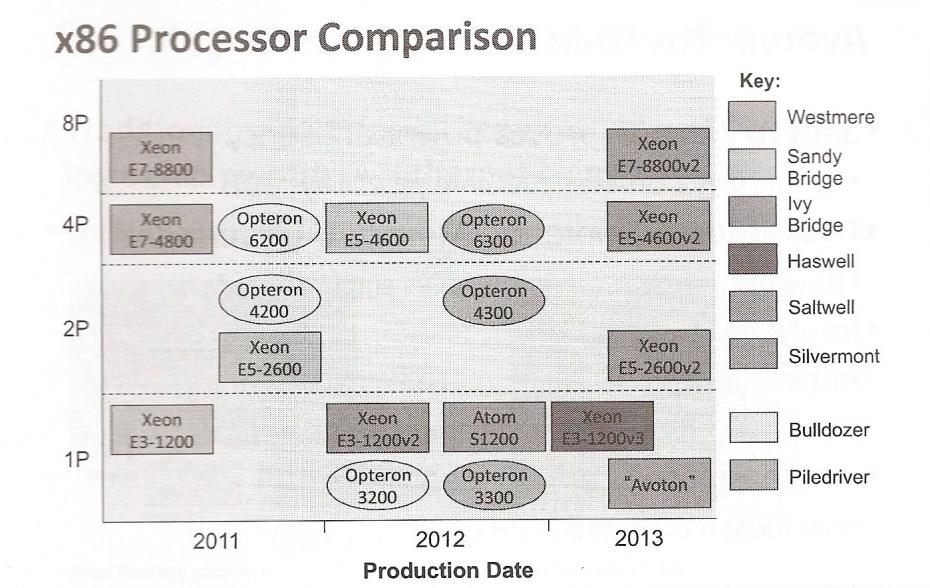 Datacenters are now very focused on power efficiency and many track Power Usage Efficiency (PUE) which is the ratio of the power used by the servers to the power used by everything else (routers, cooling, power distribution, backup etc). 2 is average and new facilities target 1.5. Power is generally the limiting factor on the size of a rack and the size of a datacenter so further improvements are required. More than a third of the cost of ownership of a datacenter is proportional to the electrical usage. So despite the obvious issues with a change of architecture (porting software), if big savings can be made they can be truly compelling.

Historically, server processors focus on complex highly-superscalar CPUs designed for the best possible single thread performance. But all that instruction reordering wastes power as does very long pipelines and high clock rates. For many datacenters focused on heavy computation this is the right type of server. But many other datacenters are focused on highly threaded workloads that can easily take advantage of more cores per chip/server/rack. There are also opportunities to integrate high-speed I/O and networking all on the same chip.

The obvious beneficiary of this means of thinking is ARM. They announced the 64-bit Cortex-A57 (no, I don’t understand ARM’s numbering system either) focused on this opportunity. Intel has responded with Centerton which is their first server processor based on Atom. But, as Linley pointed out, it only has the same level of integration as Xeon and so requires external USB, Ethernet, disk controllers etc. TDP is 6.3W at 1.6GHz which looks nice until you consider that its performance is so much lower than Xeon and, in fact, it is less power efficient than Xeon. Intel’s next generation will be Avoton (no, I don’t understand Intel’s naming system either) in 22nm with second generation Atom architecture and “integrated system fabric.” But details have not yet been announced.

So who are working on alternatives? Tilera has repurposed their massively multicore processor for cloud servers. Calxeda is shipping an ARM-based server processor. AppliedMicro and Cavium are developing 64-bit ARM CPUs and AMD has announced that it will use the Cortex-A57 in 2014 server products.

Calxeda presented their roadmap. Today they can put 3,000 servers in a single rack with 12,000 cores, 12TB DRAM, power requirements down by 90%, eliminating 9 miles of cabling and 125 ethernet switches. That’s the sort of thing that will get the attention of Google, Facebook and Amazon.

AppliedMicro had a similar message. There are computationally intensive workloads such as high-frequency trading or data-mining. But many cloud workloads are not like that and can take advantage of lots more cores even if the scalar performance of each one is not the maximum. Their X-Gene microserver integrates network, I/O and storage all on one chip.

They have their comparison example too. A traditional server architecture providing 2560 cores requires 160 nodes, 28kW in 2 racks. With X-Gene, the same 2560 cores just requires 320 nodes, 19kW in 1 rack. So half the size and half the power.

The server processor market is about $10B today so it is a prize worth fighting over. And, unlike the smartphone processor market, the major players are not designing their own SoCs so the whole market is available for merchant suppliers.