Webinar: Addressing the Challenges of Hyper-scaling within Data Centers with Advanced Node Embedded Sensing Fabrics
by Mike Gianfagna on 10-06-2020 at 10:00 am
View Profile
View Forum Posts

I had a chance to preview the subject webinar recently.  Yes, it’s a long title, but a very important topic. When it comes to hyper-scale data centers, there are substantial challenges associate with thermal management, power distribution and processing performance. Moortec explores approaches to these issues using their … Read More 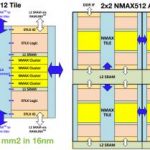 Microsoft, FPGAs and the Evolution of the Datacenter
by Bernard Murphy on 10-03-2016 at 12:00 pm
View Profile
View Forum Posts

When we think of datacenters, we think of serried ranks of high-performance servers. Recent announcements from Google (on the Tensor Processing Unit), Facebook and others have opened our eyes to the role that specialized hardware and/or GPUs can play in support of deep/machine learning and big data analytics. But most of us would… Read More

While I was at the imec Technology Forum someone asked me “Why did Intel pay $15B for Altera?” (the actual reported number is $16.7B).

The received wisdom is that Intel decided that it needs FPGA technology to remain competitive in the datacenter. There is a belief among some people that without FPGA acceleration available for vision… Read More

Xilinx Announces SDAccel, Accelerators for the Datacenter
by Paul McLellan on 11-17-2014 at 9:00 am
View Profile
View Forum Posts

Today Xilinx announced SDAccel, an initiative for the data-center. This is the second of a series of software defined development initiatives for various markets, the first being SDNet that is targeted at building networking applications. One challenge that a company like Xilinx faces is that as the scale of design move up to … Read More

Last week I attended the Linley Datacenter Conference. This is not the conference on mobile which is not until April. However, a lot of the growth in datacenter is driven by mobile, with the increasing dominance of the model where data is accessed by smartphones but a lot of the backend computing and datastorage is in the cloud.