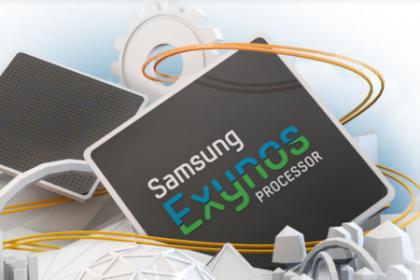 There are few companies that impact the overall mobile supply chain more than Samsung. They are one of Apple’s largest suppliers, fabbing the processor and LCDs in the iPhone and iPad. They also design and fab the Exynos SoC at the heart of their own Galaxy line of phones and tablets.

Looking at Samsung’s Exynos line shows the value of being first out with a relatively conservative but well-executed design, and a strong partnership with ARM. Samsung is posed to take over leadership as the world’s largest smartphone maker given their focus and Nokia’s tailspin (which they may be on the verge of coming out of). The current SoC version shipping in volume, the Exynos 4210, is on a 45nm process. The speed bumped version, the Exynos 4212, is sampling in 32nm.

CPU: The Exynos 4210, was one of the first dual-core ARM Cortex-A9 implementations on the market, and is currently at 1.2 GHz. The Exynos 4212 raises performance with a 1.5 GHz clock, but 30% lower power consumption on the newer process. What appears to have kept the Exynos 4 competitive are two relatively conservative but well tuned implementations:

Graphics: Visuals are the cornerstone of Samsung’s marketing, with the smooth AMOLED display performance noticeably better compared to other Android devices. Inside the 4210 is the Mali-400MP quad core graphics running at 275MHz, and Samsung spent effort making sure the Android OS and browser implementations utilize GPU hardware acceleration. With that said, this GPU is relatively long in the tooth by mobile standards, with only one vertex processor. It has been easily eclipsed by the slower clocked, but much more advanced PowerVR SGX543MP2 inside the Apple A5 powering the iPhone4S and iPad 2, as the GLBenchmark results show. The 4212 implementation appears to have upped the GPU clock speed significantly (Samsung is quiet about how much), but that probably doesn’t close this performance gap.

Samsung’s newest popular devices run on the Exynos 4210: the Galaxy Note, the Galaxy S2 4G, and the Galaxy Tab 7.7. Outside of Samsung, only one vendor is shipping a production device with their chip: Meizu, a small Chinese manufacturer. Hard Kernel ships a tablet development kit, the Odroid A, running Android ICS.

The Galaxy S2 is one of few devices currently featuring an NFC chip and support for Google Wallet, at the center of what’s sure to show up as one of the next mobile battlegrounds: mobile payments.

It’s what’s cooking on the SoC roadmap that makes Samsung very much worth watching. There is a new quad-core Cortex-A9 variant, the Exynos 4412, cranked up to 1.8 GHz and rumored to be sporting the ARM Mali-T604 GPU. The barking chain has it this is the engine for the Galaxy S3, and possibly a Samsung LTE modem built-in.

Looking farther ahead, Samsung is betting on the Cortex-A15 in the Exynos 5250, which is sampling now and targets tablets with a dual-core 2 GHz version. There’s a rumored quad-core version called the Exynos 5450 in the wings for 2013, and there’s some thought a lower power dual-core version appropriate for a phone would be available.

Samsung is one of the few players with the deep pockets needed to invest in the development effort – considering EDA, fab, and software development – of something as complex as the Cortex-A15. What remains to be seen is if development costs can be recaptured on tablet-only volumes or if lighter implementations have to ship in phones to make financial sense.

Unlike many other Android device manufacturers, Samsung now has critical mass and can control their destiny even in the face of competition because of their breadth of capability, their popularity with carriers, and their global market reach. An indicator from the barking chain: with a launch date of May 3, there are already a rumored 10M Galaxy S3 units on pre-order by carriers. That’s success.

Next up in the Smart Mobile SoC series: TI.