Podcast EP60: Knowing your bugs can make a big difference to elevate the quality of verification
by Daniel Nenni on 02-04-2022 at 10:00 am
View Profile
View Forum Posts

Dan is joined by Philippe Luc, director of verification at  Codasip. Philippe has spent over 20 years in verification which includes an extensive and successful career at Arm. Philippe gained engineering experience with a list of significant achievements during his time there, including:

4K UHD TVs were all dressed up at CES 2014 with no content to show. The good news for the 2014 holiday season is the industry has converged on one set of standards for display, interfacing, and encoding, so consumers should not be left marooned in an instant replay of the 3DTV hype-crash cycle. It may be a bit longer before everyone can… Read More 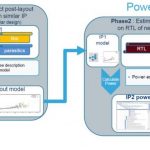 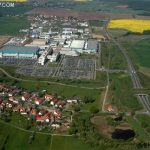 Last week I had an interesting meeting with GLOBALFOUNDRIES executives Kevin Meyer and Mojy Chian. It certainly seems that GFI has turned a corner! I will be in Dresden next week for DATE 2012 and will also visit the GFI Fab there. 28nm and 20nm are on track so expect an aggressive implementation plan from GFI this year.… Read More