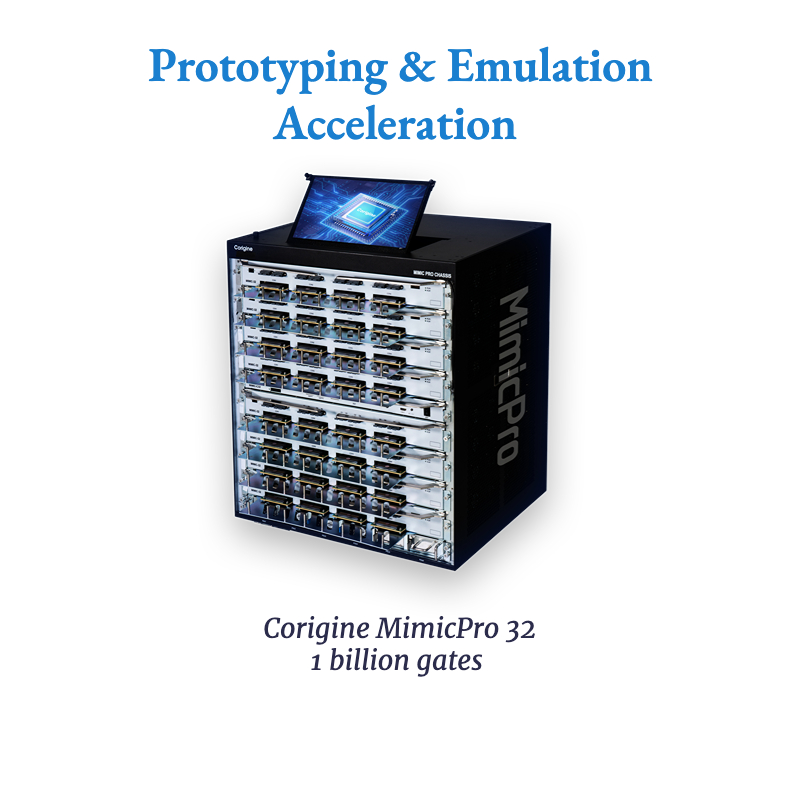 WEBINAR: A Revolution in Prototyping and Emulation
by Daniel Nenni on 08-23-2022 at 6:00 am
View Profile
View Forum Posts

This webinar will introduce to you a revolutionary new way to do prototyping and emulation at best-in-class performance, productivity, and pricing by unifying the hardware and a new software stack so one system is capable of prototyping and delivering essential emulation functionality.

The speed of Moore’s law has slowed. However, with plans for 3nm production silicon in the second half of 2022 and with 2nm and 1nm in the works, the amount of IP being put on a single SOC is exploding. Also, the ability to verify IP both stand-alone and in the overall context of the SOC is becoming a greater challenge for the verification community at large.

Take the area of consumer electronics and we all know what our cell phones can do and deliver in terms of productivity and entertainment. Another device that is representative of massive amounts of IP placed on a SOC is the Drone market. Drones have upwards of DSLR sensors and record 5k+ video, requiring incredibly high-speed data interfaces. They leverage GPS multiple networks acquiring signals from well over 20 satellites to maintain a perfectly still position even on a breezy day. Even with Moore’s law slowing down, it is still driving us toward lower nodes and packing more and more IP into a single SOC creating a massive verification and software development challenge.

The same can be said at the enterprise level with networking bandwidth exploding and customized silicon now found at the desktop compute level. Data centers are all looking for faster and faster networking, and these complex SOCs need to be verified with firmware developed before silicon back from the FAB. The need for a faster and lower-cost platform for emulation and prototyping is apparent and Corigine’s EDA product line is aimed directly at those requirements.

Today, companies invest millions in costly emulation systems that need special power and cooling requirements and perform sub-par in order to run verification. In this session we will introduce you to Corigine’s approach to solving these issues using their unified platform for prototyping and essential emulation with a new level of performance.

Traditionally, costly emulators have been the tools deployed in top fabless companies around the world. With VC funding on the rise for fabless start-ups, these players need similar capabilities and Corigine with the only unified platform for prototyping and emulation functionality is answering these market requirements.

Corigine’s goal was to create an FPGA-based system bridging the gap between prototyping and major emulation functions. Doing so would reduce the investment in the key emulation functionality and require only a single platform for both teams meaning much lower overall infrastructure support costs. In addition, scalability and automation were key elements and with push button, automated timing optimized partitioning, fully automated handling of complex clock domains and the elimination of time-consuming recompiles, Corigine’s MimicPro product line is this revolutionary step forward for both Prototyping and Emulation.

Bringing Prototyping to the Desktop