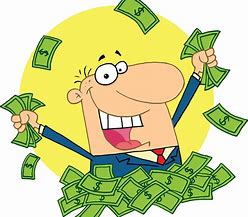 Value chains can be very robust and seemingly unbreakable – until they’re not. One we’ve taken for granted for many years is the chain for electronics systems in cars. The auto OEM, e.g. Toyota, gets electronics module from a Tier-1 supplier such as Denso. They, in turn, build their modules using chips from a semiconductor chip maker such as Renesas, who produces their chips using pre-packaged functions from IP providers like Arm. Toyota could do the whole thing themselves, but it’s very expensive to set-up and maintain all of that infrastructure. Specialization makes it all more practical. Everyone makes money doing their bit well and cost-effectively and being able to sell to multiple customers (Toyota, GM, BMW, etc.).

However, that cash flow can be upended when disruptive innovations are thrown into the supply chain, in this case, a lot more intelligence and autonomy. I talked to Kurt Shuler (VP Marketing at Arteris IP) to get his view. Kurt is an IP supplier and has a unique viewpoint because he works with semis, Tier-1s and OEMs, with standard designs as well as newer AI-based designs. He’s also an active member of the ISO 26262 committee.

Kurt’s view is that there’s a lot of shifting ground in the supply chain, especially between the Tier-1’s and car manufacturers. More and more, the value in the car depends on intelligent electronics, which changes the stakes. For those who want to grab a bigger share, growth beckons and for those who don’t, margins erode. They may become an automotive Foxconn. Everyone is staking out territory, whether grabbing a piece of a neighbor’s turf or grabbing a lot, or all like Tesla. Tesla used to depend on NVIDIA and Mobileye, now they’re doing the whole thing themselves.

On the semiconductor side, you have an NXP or TI who gives you a board support package, maybe a reference board and a software development kit. With these ingredients, a company can create its own solutions. Grabbing for more are companies like Mobileye who are responsible for a full system, ship, boards and software, though they customize these based on Tier-1 requirements.

The Value of Data

There’s also a soft value – the data gathered by all those intelligent systems. That data has immense value in helping refine training for (SAE) level 3 guidance and up, and for improving the overall user experience. Tesla owns all the data its cars generate, including images of bystanders, a point which has raised some privacy concerns (though we consumers generally seem to have a meh reaction to privacy debates). Mobileye similarly owns all the data its systems generate, though it shares that data with the Tier-1 and OEM. One reason the Tier-1s and OEMs are so eager to get into owning chip architectures is so they can have exclusive rights to that data.

This crowd-sourced learning has immense potential value. One of the biggest challenges in getting higher levels of autonomy is getting enough training across enough conditions. Even data captured in non-self-driving mode has value. No wonder Musk doesn’t want to let go of this asset – building on that training will push closer and closer to a self-driving reality. Whoever gets there first may own the future of mobility. Tesla wants to lap everyone else on the track, to be so far ahead on the data that no-one else can catch up.

However, Tesla still has a small customer base. Mobileye has a similar vision but they’re more integrated into the automotive value chain. They’re working with the incumbents and have a good lead because they were first in class in deploying these systems. Kurt sees a couple of big wild cards: GMC Cruise and Bosch. Cruise is trying to do a Tesla, starting behind certainly, but they have volume manufacturing and maintenance expertise on their side, where Tesla will be far behind. Bosch has design teams in Germany and Sophia Antipolis (tech area in the south of France, known for TI OMAP, Apple, Arm and other top-notch chip architects, aside from being spectacularly beautiful and, you know, being in the south of France).

All in all, several big players are acting very much like this is a winner-take-all market. Some of that is on differentiation in chips. But a lot more is on the data – controlling your data. Tier-1s and car companies are throwing a lot of money at this, like a few hundred million dollars is no big deal, to assemble their fortresses.

Still, they’re not quite as flush with cash as the hyperscalars (Google, Apple, Amazon, Microsoft, etc.). Kurt speculates that at some point, this may settle down to some kind of mashup between those guys and the automotive value chain. Meantime we’ll no doubt be trying to figure out if we even want personal cars anymore and if not, what service or combination of services is going to provide us a similar level of mobility. Stay tuned.

6 Replies to “Where’s the Value in Next-Gen Cars?”