Register / Log In
Guests have limited access.
Join our community today!
You are currently viewing SemiWiki as a guest which gives you limited access to the site. To view blog comments and experience other SemiWiki features you must be a registered member. Registration is fast, simple, and absolutely free so please, join our community today!
When Good Standards Get Lost – the UVM Register Model
by Bernard Murphy on 01-20-2016 at 12:00 pm
View Profile
View Forum Posts 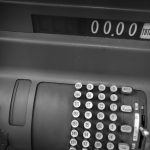 Some time ago I wrote a DeepChip viewpoint on DVCON 2014 in which I praised a Mentor paper “Of Camels and Committees”. The authors argued that while the UVM standards committee had a done a great job in the early releases, the 1.2 release was overloaded with nice-to-have features with questionable value for a standard, particularly… Read More

Security gets a lot of tech press, privacy not so much. A lot of the problem is that while we each know intuitively what we mean by privacy, pinning down an actionable definition is surprisingly tricky, especially when we require that it not intrude in other ways on our rights. Privacy rights are not absolute (you don’t have … Read More

There must be few less enviable jobs right now than Chairman and CEO of VW. According to Dr. Herbert Diess who has that dubious honor, the VW board debated whether they should attend CES this year and decided that on balance it was better to be visible, face the music and present their technology progress and visions than to lay low.… Read More

I’ll admit up-front I’m cheating. I’m writing this from the comfort of my home office without having to go anywhere near the CES madness (I was there last year; 170,000 people packed into the center of Las Vegas, block-wrapping lines to get taxis, never again). I’m relying instead on the Wired preview of the first day and what… Read More

I have a bias (as you may have noticed) for solutions in a domain that take advantage of technology but are developed within that domain. A recently example is intelligent bandages, developed at Massachusetts General Hospital, Harvard, Purdue and several other research centers. The purpose of such a bandage is to monitor a wound… Read More

A lot of progress has been made in infrastructure to secure edge nodes in the IoT and to secure communications between edge nodes and gateways, all of which is good and necessary to block manifest evil, but it’s never enough. Perfect security is and always will be an asymptotic goal, so there should always be room for new ideas. To a … Read More 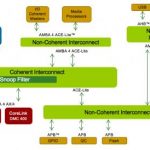 The advantage of working with cache memory is the great boost in performance you can get from working with a local high-speed copy of chunks of data from main memory. The downside is that you are messing with a copy; if another processor happens to be working in a similar area, there is a danger you can get out of sync when reading and writing… Read More 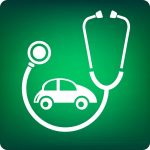 It is an indictment of our irrationality that our cars are now more health-conscious than we are. Increasingly safety-conscious readings of the ISO26262 standard now encourage that safety-critical electronics (anti-lock braking control for example) automatically self-test, not just at power-on but repeatedly as the car… Read More

I just watched a webinar on non-invasive bio-imaging as a way to detect and track disease, which gave me a sense of the way tech progresses in the medical field and makes for a positive counterpoint to my views on medical IoT, at least as envisioned in much of our industry. The webinar, on new approaches to in-vivo imaging was hosted … Read More