Non Volatile Memory IP is Invaluable for PMICs
by Tom Simon on 03-07-2022 at 6:00 am
View Profile
View Forum Posts

Power Management ICs are a vitally important part of system design. Evidence of this is cited by a Synopsys white paper that mentions how Apple acquired a portion of PMIC developer Dialog Semiconductor that was previously their exclusive PMIC supplier. Clearly Apple had decided that PMIC design was a strategic differentiating… Read More

Integrated Power Management IP to Decrease Power and Cost
by Eric Esteve on 09-19-2018 at 7:00 am
View Profile
View Forum Posts 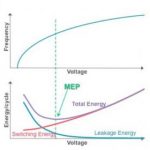 Customized PMICs with OTP in automotive and IoT
by Don Dingee on 08-24-2016 at 4:00 pm
View Profile
View Forum Posts

Integrity and Reliability in Analog and Mixed-Signal
by Bernard Murphy on 07-18-2016 at 1:30 pm
View Profile
View Forum Posts 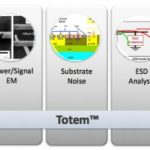 In the largest and fastest growing categories in electronics – mobile, IoT and automotive – analog is playing an increasingly important role. It’s important in delivering high integrity power and critical signals to the design though LDO regulators and PLLs, in managing high speed interfaces like DDR and SERDES, in interfacing… Read More 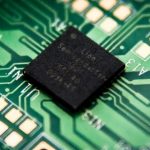 How Sidense Sees The Smart Connected Universe
by Tom Simon on 05-17-2015 at 7:00 am
View Profile
View Forum Posts

Contextual awareness likely will emerge as one of the most exciting new user experiences enabled by wearable products. It happens when a mobile device, carried or worn, senses the user’s surroundings and presents information, offers advice, or controls itself and/or other devices according to that specific environment. This… Read More 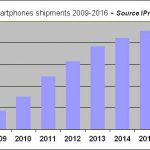 In a previous blog, I was forecasting smartphone shipment to reach 430 million units in 2011. I was wrong! Apparently, I am not better than other analysts, as the actual figures for the smartphone shipment in 2011 are more than slightly different, as these have topped 491.4 million units! After 304 million in 2010, that’s a 61.3 percent… Read More