ESL Expertise when You Need It. Spinning Up Faster
by Bernard Murphy on 12-30-2020 at 6:00 am
View Profile
View Forum Posts

System-level expertise, once the domain a few architecture specialists, is now shouldering its way everywhere into chip design and verification. In virtual modeling together with OS and application software certainly. That now couples into mixed-level system-verification, using different levels of abstraction for different… Read More

As a professional conference attendee I look for the most meaningful way to spend my time and workshops is one of the best. Especially when a customer is involved and there is no bigger EDA customer than Intel, absolutely. 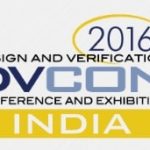 DVCon is an annual Design and Verification Conference that started out in Silicon Valley, then expanded by adding India as a new location. Our semiconductor design and verification world is global in stature, so if you’re living in the region then consider registering for this event held Thursday and Friday, September … Read More

After its successful launch last year, the “Design and Verification Conference & Exhibition India” (DVCon India) will be held on Sept 10 – 11 in Bangalore. The event primarily has two tracks: ESL and DV. The ESL track covers electronic system level (ESL) design and verification, including virtual prototypes of electronic… Read More

A recent comment by a DACattendee mentioned that the IoT acronym was so over-used as to make him get upset at EDA vendors that all purport to be enabling the growing IoT revolution. One of the most common requirements that I hear about IoT electronics is that the power needs to be well understood and controlled during the design exploration… Read More