There were a number of trends discernible at CES this year, one of the big ones being wearables, especially in the medical and fitness areas. I wear a FitBit Flex and I have, but rarely wear, a Pebble Watch that links to my iPhone. I would say that at this point they are promising but are more gimmicks than truly useful. My Fitbit measures… Read More 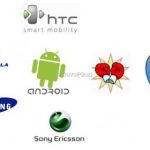 The most impressive devices at CES this year by far were the Android tablets, I absolutely want one. It will not replace my laptop but my laptop will no longer leave the house (my laptop AC adapter weighs more than a tablet!) My iPod will be for walks and the gym, I won’t buy another digital camera, and no e-reader for me.

SemiWiki is a cloud… Read More