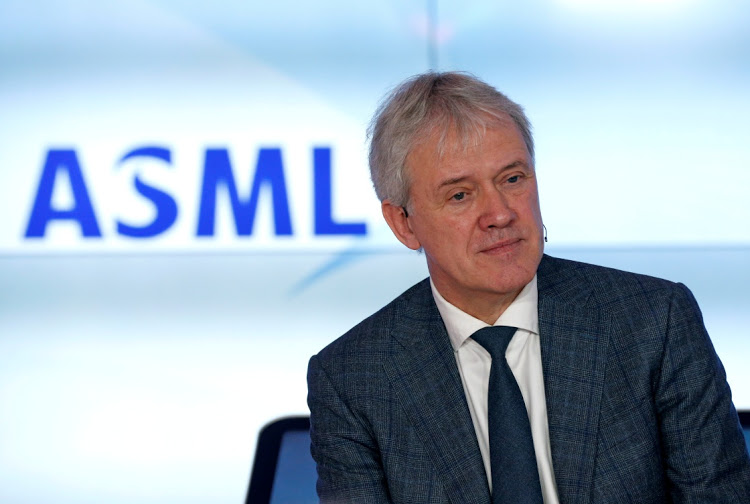 The Dutch financial newspaper Financieele Dagblad (FD) reported on the past theft of ASML technology after doing some investigative digging. It now appears that a number of Chinese nationals and ASML employees, in ASML’s Santa Clara office stole key technology back in 2015. Though ASML talked about it at the time, little was said, with no further information disseminated.

Brion technology was stolen
Brion technology, which ASML acquired back in 2006, makes software which optimizes the results of the mask and scanner working together to produce better and finer lithographic images. It is critical technology as it greatly improves the performance of scanners and allows sharper and finer images to be printed thus enabling Moore’s law.

The technology was passed on to XTAL, a Chinese company with clear Chinese government connections. ASML apparently figured it out back then when XTAL started stealing customers away from ASML (obviously with ASML’s own software…). XTAL was started by two former ASML/Brion employees, other co-conspirators also had worked at D2S, KLA, Hermes (bought by ASML), Mentor Graphics and Synopsis. Its hard to estimate how much money ASML lost but it was obviously significant.

USB thumb drives are spy tradecraft
As we saw in the Jinhua/UMC/Micron case, employees simply walk out the door of the victim company with all the trade secrets they can copy on a USB drive. Probably the only limit to the theft is the size of the drive. Its very hard to prevent this sort of theft and we are very sure it occurs in every semiconductor company of size, every day of the week.

It is also clear that China is helping, encouraging and probably directly acting to obtain any and all technical information in the semiconductor industry to reach their made in China 2025 goal, through any and all means.

ASML swept it under the rug to avoid riling China & regulators
ASML kept the theft quiet for years until the newspaper FD dug it up. ASML also publicly denied the clear case of Chinese spying by saying;

“The suggestion that we were somehow victim of a national conspiracy is wrong,” CEO Peter Wennink said ,”We resent any suggestion that this event should have any implication for ASML conducting business in China. Some of the individuals (involved) happened to be Chinese nationals,” he added.

Saying that the Chinese stole from ASML wouldn’t get the stolen property back and would only tick off the Chinese government, and we saw what happened to Micron when they accused a Chinese related company of theft, they got shut down in China. In addition, if ASML were to broadcast the fact that China ripped them off it would give the US government and European regulators even more reason to shut down sales of ASML products in China….best to make the problem go away.

XTAL is gone but the problem lives on
After the $223M judgement against XTAL, they will likely go belly up. God only knows where the stolen software wound up. You can’t put the toothpaste back in the tube. Microns memory process is probably for sale on the dark web as well.

Scanners are too big to steal
Obviously stealing the plans for an ASML EUV scanner would be useless as it would be virtually impossible to duplicate one given the very specialized components, yet stolen software can be easily transported, hidden and used. All semiconductor processes and tools have a lot of software and there are many tools that can actually be easily copied . AMAT and Lam have had past problems and likely already have and will have more problems. KLA has high software content in their tools that is vulnerable.

The industry needs to increase its vigilance significantly as the problem won’t go away with a trade agreement (if we ever get one). We are sure the problem is only getting worse as no concrete steps have been taken to prevent it.

We told you so…
We gave a talk about China’s aspirations and potential issues with IP at Semicon West in 2018. This is a link to the presentation in which we spoke about these issues:

The Stocks
The ASML “news” is just old news rehashed which is not relevant to today, happened years ago and is not impactful to ASML’s financial model. ASML took the correct course of action and was not wrong in any way. The information does not add to or detract from existing China related risks as we see it. In essence it is much ado about nothing, and as such should have no impact on the stocks other than “headline risk”.

The only take away is the ongoing risks that all technology firms face in protecting their technology and that those risks are higher today with higher software content and USB drives that can hold 100’s of gigabytes of data in something the size of a key. The technology industry is more competitive than ever and this competition is a proxy for competition for global political dominance.