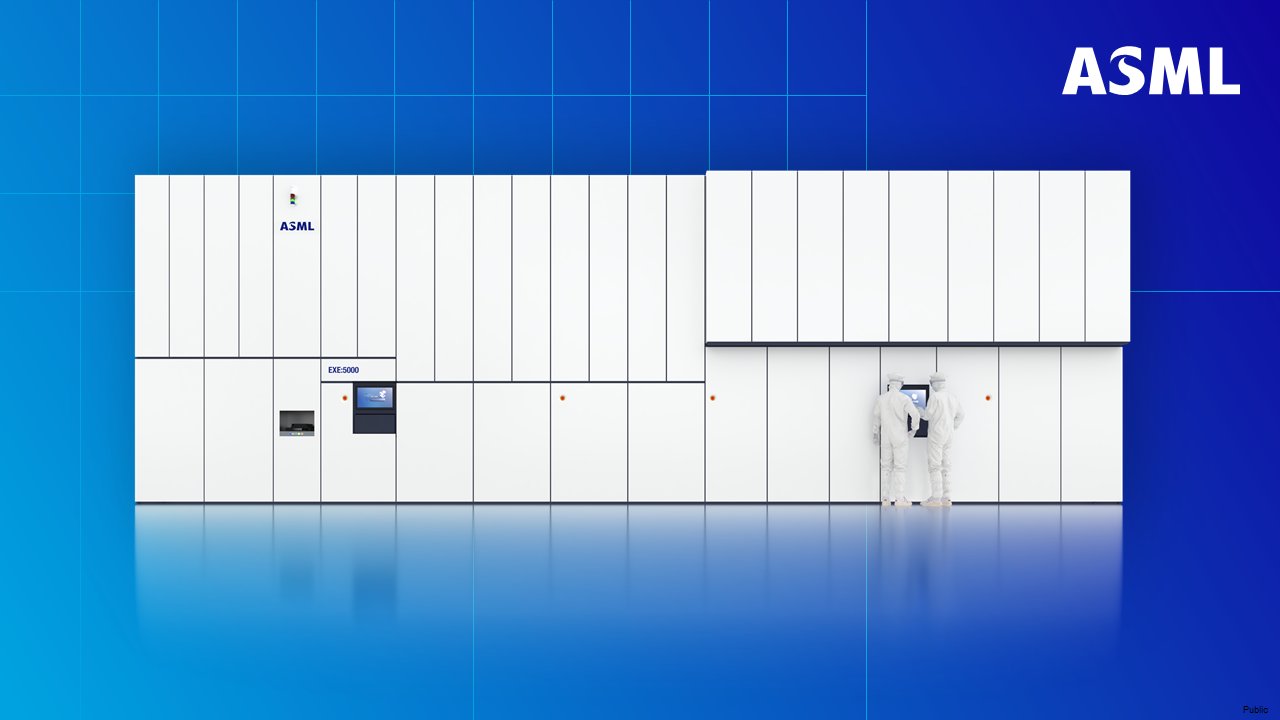 Most importantly orders for systems came in at Euro7.1B for the quarter including one High NA tool. Demand and business was strong across both EUV as well as DUV tools. 73% was for logic and 27% for memory. Taiwan was far and away number one at 51% of ASML‘s business followed by South Korea at 27% and China at 22% which leaves the US at zero/doughnut hole/bupkis%.

For the year Taiwan was 44%, South Korea 35%, China 16% and USA at 5%. This is obviously very reflective of our most recent article about the dominance of Taiwan/TSMC and how far behind the US is. And 2021’s numbers are prior to the huge jump in TSMC spend recently announced.

This is obviously very reflective of our most recent article about the dominance of Taiwan/TSMC and how far behind the US is. And 2021’s numbers are prior to the huge jump in TSMC spend recently announced

Can’t keep up with demand

ASML is the one and only game in town in defining the leading edge of semiconductor technology. There simply is no alternative, they have a monopoly.

Demand is off the charts and every semiconductor company that cares is ordering as quickly as possible. The geographic mix of business is reflective of the leadership in the semiconductor industry.

Despite supply chain issues in general and a fire at their stage manufacturing in Berlin, they have still managed todo a great job on shipments. The fire in Berlin seems to have little impact as ASML was likely able to move inventory and spares around to make up for the loss.

Its also clear that demand remains strong for DUV systems for second tier applications and memory applications. While ASML has done a great job at maintaining the pace, it is much harder to increase the pace as many subsystems are just very constrained.

Perhaps the biggest constraint is in lens manufacture as Zeiss in Germany doesn’t want to go as fast as demand would otherwise take them, likely for fear of the cyclical nature of the industry.

All of this is quite good for ASML’s gross margins as price is a secondary concern as compared to just getting a tool.

In our view, this limitation of capacity is not at all bad and may help not only pricing over the longer run but also reduce cyclicality as production simply can’t be ramped up as fast as the industry demands thus limiting the inherent volatility.

Expediting may add to confusion

This is akin to “don’t bother test driving my new car just deliver the pieces to my driveway and we’ll take it from there”. This adds to confusion on the financials as revenues that are usually counted on shipment now have to wait until final test at the customer site.

Investors will have to learn to focus on shipments rather than revenue and we may see numbers swing back and forth between quarters. At least Euro2B is expected to be delayed in recognition initially.

Next generation , High NA tools are coming into view. ASML said they have orders for four model 5000, High NA R&D tools and Intel just placed an order for a 5200 “production” tool. Hopefully we start to see the first of these in 2024 and 2025.

I think we can safely assume that of the four tools on order, TSMC gets one, Samsung gets one and Intel gets one. Maybe someone else gets the fourth tool or someone gets two. If the pattern follows history maybe TSMC ordered two.

As we have seen with the original roll out of EUV it took more than two iterations to get to real production. More importantly, right now, TSMC has roughly 10 times the number of “real”, “productive” EUV tools. This also means that TSMC likely has 10 time the staff trained on complex EUV, ten times the experience (likely even more).

Most importantly, TSMC has likely more than 10X the capacity and experience in building EUV masks which are the “hyper critical” negatives from which the chips are printed by ASML tools.

Given the combination of the current EUV tool count competition, the recently announced hugely expanded TSMC capex budget and the constrained capacity of ASML it is physically/mathematically not possible for Intel to even come close to catching TSMC.

Even though Intel was the first to order a “production” version its totally unclear if they will get it first let alone get it any meaningful time ahead of TSMC. This isn’t even until 2025 at best! This means that Intel ordering a 5200 is more of a PR stunt which also helps ASML create competitive tension between already desperate customers.

ASML already trades at a very large premium as it is one of the very few successful European large cap tech stocks. It trades at a premium to US semiconductor equipment companies. Stocks have been faltering already and ASML’s announcement was into a soft trading day with the group down.

ASML is down less than the group so the results were taken positively as they should but the results were not overwhelmingly positive such that the stock could break through the general weakness.

Semiconductor stocks in general have been facing more resistance and good news is not driving them which is a reflection of the overall market sentiment. At this point we are less inclined to buy into weakness even though we still like the name. Momentum is a bit negative and we are in a critical earnings period. We think other semiconductor stocks will be focused on execution and supply chain issues with less focus on the positive aspect of huge unprecedented demand and record results.

“Too Big To Fail Two” – Could chip failure take down tech & entire economy?