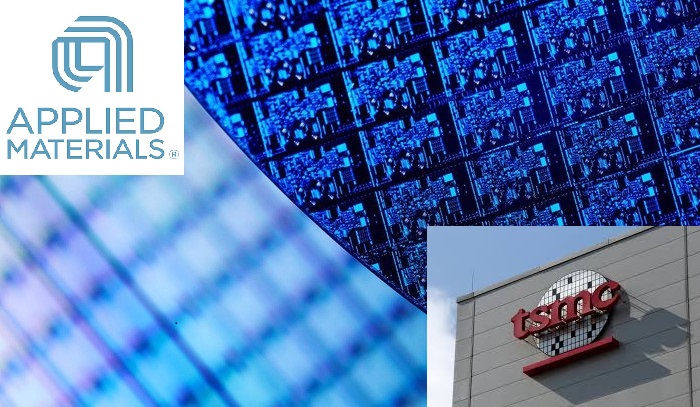 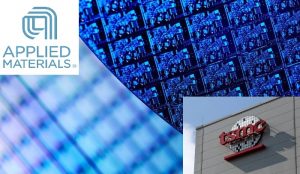 No surprise here- All driven by TSMC
Its quite clear that the hockey stick like huge uptick in TSMC spending focused on the end of year is the primary reason for AMATs strong outlook.  While Intel has been tepid at best and memory is still dead with display going nowhere, its TSMC that is carrying the entire load of the recovery. Their uptick is so strong it has been able to offset the weakness in other areas.

We would remind investors that Applied has one of the strongest relationships with TSMC of any equipment supplier, having TSMC been called :the house that Applied built”.  It is somewhat funny that whereas in the past relationship TSMC needed Applied to be a force in the chip industry, now the tables are turned and Applied has TSMC to thank for the recovery.

Running on 5 of 8 cylinders
Applied repeated what we have been saying for many months now, that this up cycle will be driven by foundry/logic.  Memory remains virtually dead and display treading water at best.

The question is when do those 3 cylinders- DRAM, NAND & Display start firing again? We certainly agree with Applied by saying its a question of when not if.

On the call the company was very careful, multiple times, not to comment on the shape or size of the recovery. The company also demurred on the question of a potential 2020 recovery of NAND and left out entirely the timing of a DRAM recovery.

Given that capacity has still been coming off line recently in memory it will be a fairly long time before memory spending starts up again.  In our view, its unclear if NAND will recover before the end of 2020.

Who benefits most from a Foundry/Logic recovery?
Given that this up cycle is very much led by foundry/logic with memory stuck in neutral, we think its appropriate to revisit who has the best exposure to foundry/logic of the big 4 semi equipment makers.

We think its clear that KLAC is likely the highest exposure to foundry/logic and historically has been viewed as the anti-memory play.  TSMC is spending a lot of money on process control keeping on their annual improvement cadence and KLA gets the lions share of that.

Applied is likely second in line to foundry/logic exposure with a long history of support of TSMC, but still very dependent upon memory for its business. Applied will see a mild recovery but really needs memory to kick back in.

ASML is likely third as it gets most of its EUV business from TSMC but still relies on DUV and memory as being volume buyers of scanners making up a huge part of purchases and most current profitability.

LRCX is fourth as it has historically been the poster child for the memory industry and saw huge upside from memory’s spending spree in the last up cycles. That said, even Lam is seeing an upturn given TSMC’s huge uptick.

The stocks
We have been positive on the stocks in the semi equipment sector calling for strong upside prior to the quarterly reports and urging investors to get in before Lam was the first to report.

We had also suggested at the time that after the stocks had their run up due to the positive reaction of the turn in the down cycle to an up cycle that we would be inclined to take some money off the table.

We think that post Applied quarter that lightening up may be prudent.

The market seems to be pricing into the stocks a normal rip roaring semiconductor recovery when in fact we have a half baked, foundry/logic only recovery without any clear sight lines to a full recovery.

We are also concerned that there is not another near term upside for the stocks until they report the current quarter.  Though one could argue that the next upside surprise will be memory recovering but we feel that we are going into the seasonally weak Q1 when memory is at its normal nadir, so a memory recovery is several quarters away at a very minimum.

At this point given that the stocks are priced to perfection in a less than perfect environment we also have the macro risk of China and trade that still hangs over us. The China issue seems to have gotten marginally worse of late as the deal we thought we had now seems more elusive as the intellectual property transfer issues seems less than settled.

Applied has just hit an all time high, jumping almost 10% on well known “news” of a recovery. We have no problem taking some of our profits from the turn in the cycle off the table until we see a better upside/downside risk/reward profile. We think Applied remains a premier company in the space and put up a very good report however the valuation is a bit ahead of reality.