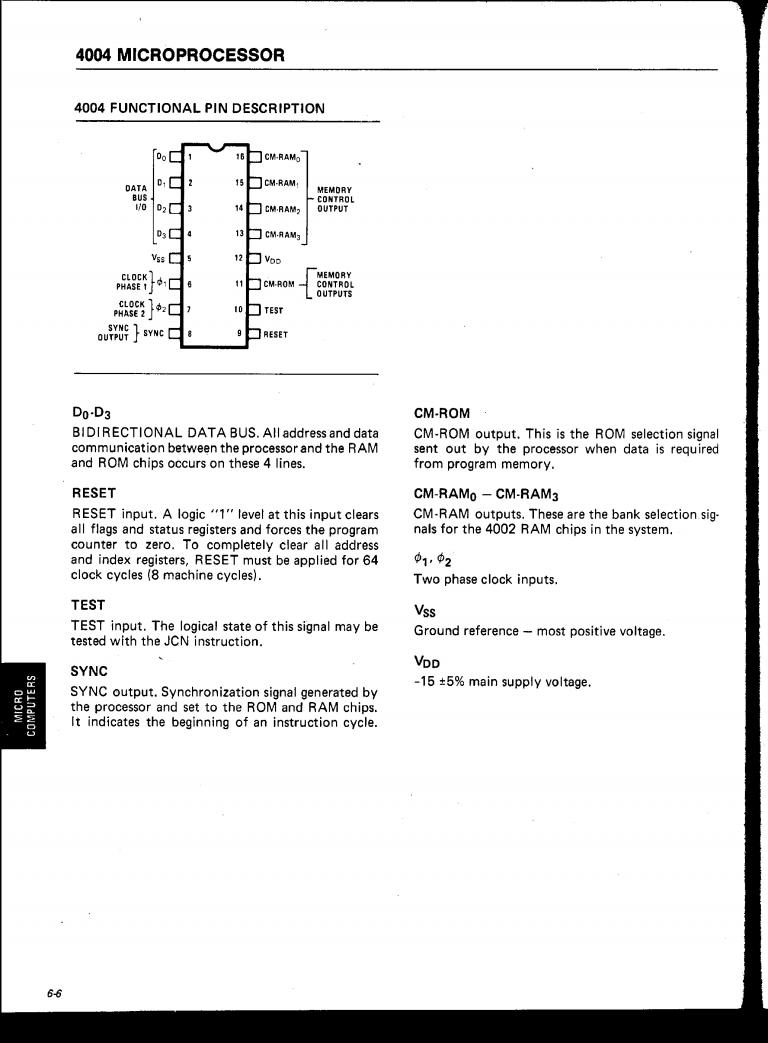 Intel has been making a little bit of a PR fuss about the 40th anniversary of the microprocessor. And they are entitled to. The Intel 4004 was the first customer-programmable chip. Of course if you look at it’s capabilities today they are laughably minimal, and even looking at the chip, a 16-pin DIP (dual-in-line-package for anyone under about 40, pins down both sides of a plastic or ceramic package). Here’s a picture of what it looked like . Microprocessor? Not on a thousand pin BGA? 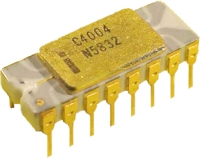 Federico Fagini and Ted Hoff designed it and there are some great quotes from them as the first silicon fails but the second turn works. Most people in tech know the story that a company in Japan, Busicom, contracted Intel to build a calculator chip but they worked out that the best way to do that was to design a programmable device and then program it to be a calculator. But like so many design projects it was late. Fagini got drafted into the project his first day at Intel when an engineer from Busicom showed up to check how the project was going:

This was ages before personal computers. As Ted Hoff said:

At that time, it didn’t really make sense to talk about personal computers.

Three years and four chip generations later we arrived at the 8088 which was the heart of the original PC. One or two floppy disks, back when they really were floppy. Or even none, you could use cassettte tape if you couldn’t afford those expensive disks.

But even Gordon Moore was somewhat unconvinced:

I was Chief Executive at Intel I remember one of our young engineers coming in and describing how you could build a little computer for the home. I said gee that‘s fine. What would you use it for?‘ And the only application he could think of was housewives putting their recipes on it. I didn‘t think that was going to be a very powerful application.

And over at Digital, then chairman Ken Olsen made his famous remark in 1977:

I see no reason for any individual to have a computer in his home.

That has to be up there with Watson’s quote at IBM that he only saw a market for 5 computers. ARM ships billions every year. A million PCs, roughly, ship every day.

Today, a petaFLOPS computer is burning somewhere between five and seven megawatts. So if we just scaled it up by 1000x it would be in the gigawatt range and I‘d have to buy everyone a nuclear reactor to run that machine; maybe a couple of nuclear reactors.

The sheer number of advances in the next 40 years will equal or surpass all of the innovative activity that has taken place over the last 10,000 years of human history.

The roots of all things smart, personal and mobile is the Intel 4004.

And I think he’s right.