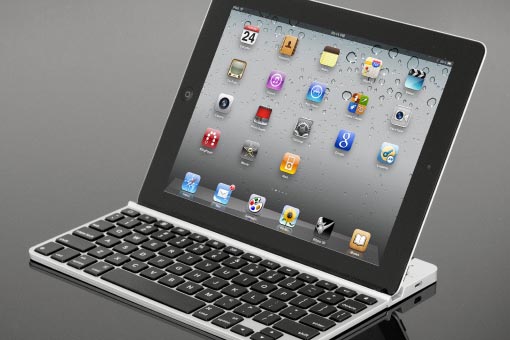 Paul Otellini’s greatest fear in his chase to have Intel win the Smartphone and Tablet space is that he opens the door to significant ASP declines in his current PC business. This is the Innovator’s Dilemma writ large. In 2011, Intel’s PC business (excluding servers) was $36B at an average ASP of $100. Within that model is an Ultra Low Voltage (ULV) product line that powers the Apple MAC Air and upcoming ultrabooks that sell for over $200. For 15 years, Intel placed a significant premium on low power because they yielded from the top speed bins and they were for a time, quite frankly, a nuisance. With the Ultrabook push, Intel was looking forward to being able to increase ASPs because they would garner more of the graphics content and not have AMD around as competition. However, Apple’s success with the iPAD using a $25 part at less than half of Ivy Bridge’s performance and running on older process technologies is upsetting Intel’s model. What comes next?

Two weeks ago I bought my wife an iPAD with 4G LTE and a wireless keyboard. I have been playing around with it during the brief moments it escapes her hands and I must say the light bulb started going off in my head on the usability of such formfactors, regardless of whether they are iPADs or “Convertible” PCs. A little background before I proceed. I have been heavily into mobile PCs since 1989 (I joined Intel’s 386 mobile marketing group). Over the years I have seen the evolution up close with notebooks with all major customers and in the various worldwide markets. In 2000, Transmeta made a major push with Japanese vendors on mobiles with <10” LCDs sold almost exclusively in their home market. I bought several models for my work usage and though the light weight formfactors were great, I felt that they were not quite complete as an all around device.

When I started playing around with the iPAD, I figured out what was missing. The touch screen capability that effectively replaces the mouse makes a world of difference in the usage model and the visual experience. Replacing the mouse with a touchscreen allows the keyboard size to be reduced to a point that the 10” screen is pulled closer to the eyes by about 4” making the iPAD the visual equivalent of a 13” screen PC (think character and icon sizing). In order for the formfactor to be right sized, though, a major tradeoff has to be made between the maximum thermal power of the processor (TDP) and processor performance. For tablets, the designer has to get a sub 4W TDP part in order to passively cool the device. Today, Intel’s lowest Ivy Bridge part is 17W or is it?

I believe it is about to dawn on Intel that the Tablet Windows market is going to be so much larger than what they thought a year ago and that it requires not an Atom processor but a down shifted Ivy Bridge and the additional capability of 4G LTE. The 17W Ivy Bridge still requires a shoehorn in these smaller ultrabook formfactors, which leads to the recent news that Intel said Haswell will have a 10W TDP. Unfortunately the press misreported this as 41% lower power. In reality power is driven more by standby leakage. Because the tablet contains a much larger battery than smartphones, the advantage of ARM vs. x86 comes down not to average power but TDP and its effect on enclosures.

Haswell, which will be previewed at IDF next week, is due to arrive in the summer of 2013 and I will stake a claim right now that it was overdesigned for performance and underdesigned for TDP. Haswell was conceived to put the final nails in the coffin of both AMD and nVIDIA and it will do that for 13” and 15” notebooks. What Intel needs to do though is immediately go on an engineering campaign to design the 4W TDP Ivy Bridge or Haswell. Scaling back Ivy Bridge from 1.6Ghz and 17W TDP to 1GHz gets it to 10W. Perhaps there is some additional voltage reduction or clock throttling that gets to 4W.

As part of the early Haswell IDF press, there was a mention of a 10W Ivy Bridge part in limited quantities coming in January. My best guess is that Intel is going to offer this part operating at a higher 1.7GHz to Apple for an updated MAC Air, which doesn’t address the greater problem. This leads me back to my thought that Intel likely has plans to use Ivy Bridge as a straight shrink (<50mm die) as a pipe cleaner to run in 14nm in 2013 and offer as a low cost, very low power part for the Windows Convertible Tablet market for 2H 2013. It can’t come soon enough because the smaller formfactor consumer trend is already underway and what starts with them eventually seeps into the enterprise.

3 Replies to “Intel’s Haswell and the Tablet PC Dilemma”