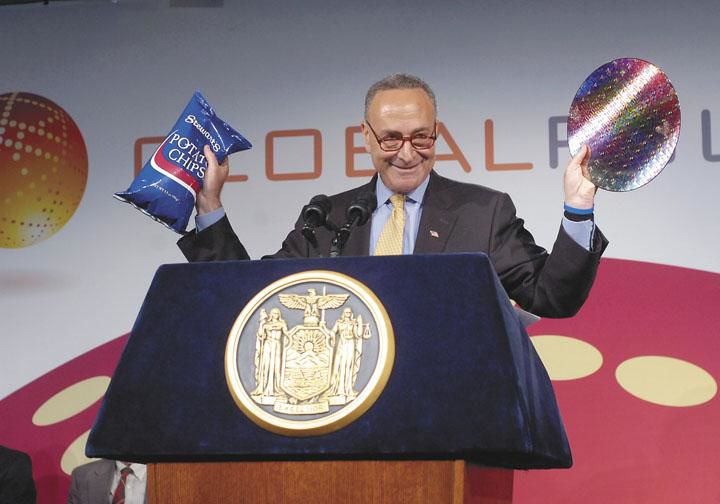 A Perfect Storm for GLOBALFOUNDRIES
by Daniel Nenni on 02-22-2021 at 6:00 am
View Profile
View Forum Posts

GF has played some groundbreaking roles in the semiconductor ecosystem. The spinout of the AMD fabs and the acquisition of the IBM semiconductor division just to name two. Another big one would be the GF Initial Public Offering which may come as early as 2022.

When the IPO was first mentioned during a chat with GF CEO Tom Caulfield I had my doubts. Today however it looks like a perfect storm for a GF IPO with the ongoing semiconductor supply chain issues and the resulting automotive wafer shortages. There is a renewed push for more US based semiconductor manufacturing and other countries are considering the same. With the help of some serious political muscle GF established a semiconductor manufacturing beach head in Upstate NY (Fab 8) in 2009 and additional land rights have already been secured for future expansion.

Another strong sign of GF U.S. based semiconductor manufacturing prowess is the recent announcement with the U.S. Department of Defense:

To make a long story short, the IBM Semiconductor group acquired by GF was a longstanding trusted contract chip manufacturer to the U.S Government through the Fishkill fab (IBM building 323). That relationship was maintained by GF and is now being expanded/transferred to Fab 8 in Malta. Fishkill Fab 10 was sold to ON Semiconductor so this transfer is an important step for GF. The first chips under this agreement will arrive in 2023 and will be based on a 45nm SOI process. Here are the related quotes:

“GLOBALFOUNDRIES is a critical part of a domestic semiconductor manufacturing industry that is a requirement for our national security and economic competitiveness,” said Senate Majority Leader Chuck Schumer, who successfully passed new federal semiconductor manufacturing incentives in last year’s National Defense Authorization Act (NDAA). “I have long advocated for GLOBALFOUNDRIES as a key supplier of chips to our military and intelligence community, including pressing the new Secretary of Defense, Lloyd Austin, to further expand the Department of Defense’s business with GLOBALFOUNDRIES, which will help expand their manufacturing operations and create even more jobs in Malta.”

In a supporting statement from the U.S. Department of Defense, “This agreement with GLOBALFOUNDRIES is just one step the Department of Defense is taking to ensure the U.S. sustains the microelectronics manufacturing capability necessary for national and economic security. This is a pre-cursor to major efforts contemplated by the recently passed CHIPS for America Act, championed by Senator Charles Schumer, which will allow for the sustainment and on-shoring of U.S. microelectronics capability.”

“GLOBALFOUNDRIES thanks Senator Schumer for his leadership, his ongoing support of our industry, and his forward-looking perspective on the semiconductor supply chain,” said Tom Caulfield, CEO of GF. “We are proud to strengthen our longstanding partnership with the U.S. government, and extend this collaboration to produce a new supply of these important chips at our most advanced facility, Fab 8, in upstate New York. We are taking action and doing our part to ensure America has the manufacturing capability it needs, to meet the growing demand for U.S. made, advanced semiconductor chips for the nation’s most sensitive defense and aerospace applications.”

Given his current political clout, having the Senate Majority Leader as a champion is a tremendous asset for GF. And let’s not forget GF Fab 1 in Dresden. I was there when Angela Merkel toured the facility in 2015 and thought for sure with there would be serious Government investment to strengthen the EU semiconductor supply chain. How times have changed. As I said, a perfect storm for GLOBALFOUNDRIES, absolutely.

4 Replies to “A Perfect Storm for GLOBALFOUNDRIES”