The 5nm foundry node saw the arrival of 6-track standard cells with four narrow routing tracks between wide power/ground rails (Figure 1a), with minimum pitches of around 30 nm [1]. The routing tracks require cuts [2] with widths comparable to the minimum half-pitch, to enable the via connections to the next metal layer with the same minimum pitch. In order to achieve this reliably, it becomes necessary to have alternate lines made of different materials (Figure 1b) that can be selectively etched with different etch chemistry [3,4], for example, silicon nitride and spin-on carbon. In this way, etch pitch is effectively doubled from the target metal pitch. This has some beneficial impact on the lithography.

Figure 1 (a) Left: Four narrow routing lines between wider power/GND rail lines. (b) Right: Alternating lines should be constructed from materials that are etched by selective chemistry so that cut lines can cross over intervening lines without affecting them.

Producing this series of lines is possible by use of SAQP (Self-Aligned Quadruple Patterning), as detailed in Figure 2. To target a 30 nm final pitch, the starting core pitch for SAQP would be 120 nm which is a comfortably manageable pitch for a leading edge immersion tool (193 nm wavelength, 1.35 NA). This approach can be foreseeably extended down to 20 nm minimum track pitch. 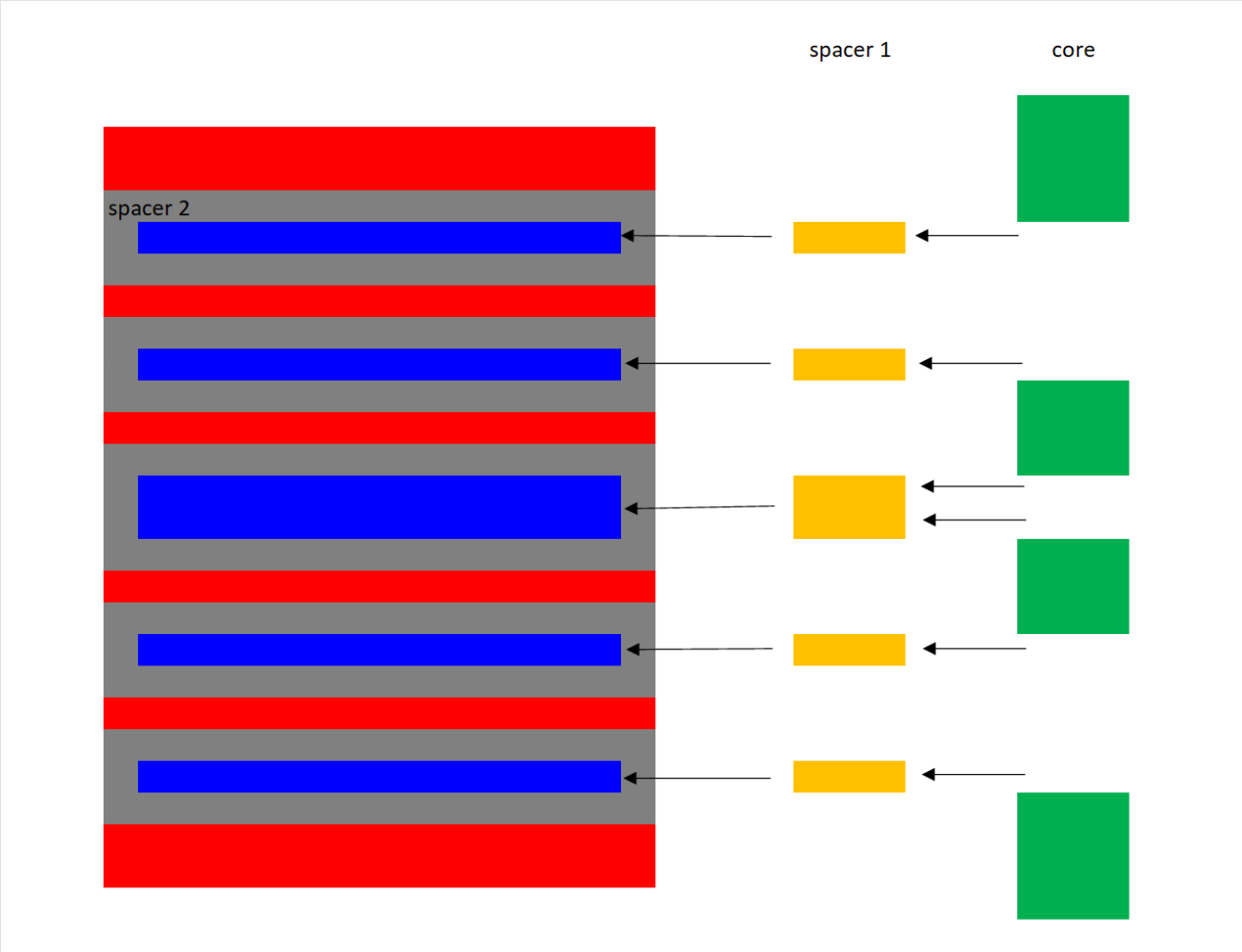 The alternating material line arrangement can also be extended to include SRAM patterning (Figure 3) [5]. 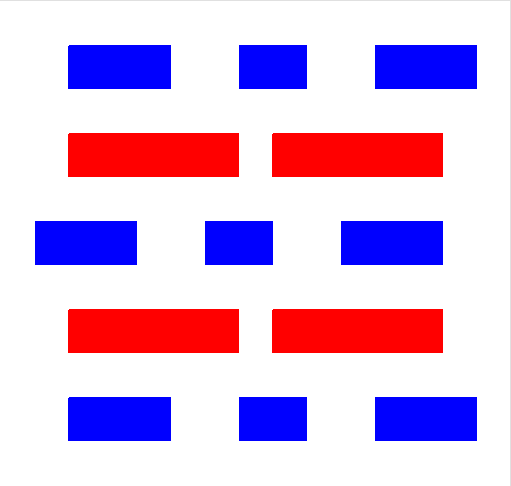 The cuts for the lines shown in the above figures are achieved in two steps, requiring two masks, one for cutting the blue lines (not affecting the red lines), the other for cutting the red lines (not affecting the blue lines). The spaces between cuts may be narrow enough to warrant double patterning without EUV as well. Self-aligned double patterning (SADP) is the preferred approach [6]. Figure 4 shows the outlines of the SADP cut patterns for the case of Figure 3.

Figure 4. Crossing SADP patterns for line cuts for the pattern of Figure 3.

Since the two-material line arrangement is necessary for the reliable line cutting in and of itself, this minimum three-mask approach (SADP or SAQP, blue line cut, red line cut) would also be required for EUV, not just DUV. Regarding via patterning, in a trench-first, via-last dual-damascene scheme [4,7], self-aligned vias would only require one DUV mask (possibly with SADP), while making use of the prior multipatterned metal trench line pattern. Thus, we see that enforcing cut-friendly layouts leads to an unexpectedly wavelength-agnostic outcome, at least as far as mask count is concerned. In light of the difficulty of getting hold of an EUV tool these days, this is indeed a welcome scenario.