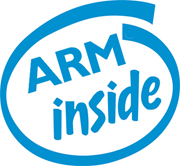 Is Intel in trouble? Since it is the #1 semiconductor company and, shipping 22nm in Q4 this year with 14nm in 2013, it is two process generations ahead of everyone else it is hard to see why it would be. Intel, of course, continues to dominate the market for chips for notebooks, desktops and servers. But therein lies the problem. Pads are killing netbooks and nibbling at notebooks. These are not growing markets and actually are starting to gradually shrink. Instat reckons that in Q1 2011 PC volumes are down 2-3% from Q1 2010, largely due to incursion of iPads.

The growing markets are largely ARM-based: smartphones and iPad type computers. Intel’s approach to these markets has not been a success. First, after its acquisition of (part of) Digital’s semiconductor business it got StrongARM, renamed it Xscale, and invested something like a billion dollars in trying to penetrate the communications business. Eventually it disposed of that business to Marvell in a fire sale. Depending on what residual rights they retained this could turn out to have been an enormous strategic error. They didn’t just give up a ARM manufacturing license, they gave up a do-pretty-much-anything ARM architectural license.

Next up was Atom, a bet that whatever the sub-PC market was going to turn out to be that binary compatibility with Windows and with Microsoft Office would be a key differentiator. Intel even announced a sort-of deal with TSMC to allow people to build Atom-based SoCs but that didn’t seem to go anywhere and seems to have quietly faded away. Of course, iPad came along, closely followed by Android-based competitors. It seems clear now that Windows binary compatibility for this market is not something significant and, as a result, the entire Atom strategy has failed. At CES, the final nail was Microsoft announcing that even they didn’t believe x86 binary compatibility was that important and they would port some version of Windows to ARM (and, of course, WP7 already runs on ARM).

But Intel has a big fab to fill and it wants to grow. It has to compete with TSMC in process and leaders who use the ARM architecture in product. It is pretty clear that the only markets growing fast enough are ARM-based so Intel needs to have an ARM-based business. It doesn’t have time (and its track record doesn’t inspire confidence) to build one itself, so it will have to buy one. They could buy ARM themselves, perhaps, although that doesn’t directly help them fill their fab and has all sorts of antitrust issues I’m sure. Who else? The obvious candidate is TI’s OMAP business. TI are rumored to be shopping their wireless business around in order to focus on analog and DSP, maybe more so after the acquisition of National. The other big wireless businesses are part of Samsung and part of ST (well, actually the ST-Ericsson-NXP JV) but neither are likely to be for sale. And, of course, Qualcomm, but their market cap is already 2/3 of Intel’s and so that won’t fly. On the other hand, Qualcomm would have a hard time competing against an Intel ARM product line with two process generations’ lead.

The only other area of potential interest could be to pick up an FPGA business. It would pretty much have to be Xilinx or Altera to be big enough to help fill the fab. Of course these two approaches aren’t mutually exclusive, a big ARM business and an FPGA business should fill the remaining space in the fab.

TI/OMAP and Altera. Pure speculation, of course. We’ll have to wait and see.