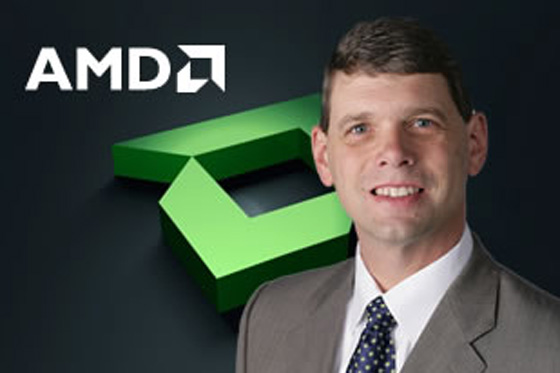 Not yet a year into Rory Read’s term and the AMD board must be considering that the value of the x86 patents and engineering talent is worth much more than the stocks $3B valuation and easier to fathom putting on the auction block than continuing to sell $25 processors into the back channels of China and the Developing World. As I read through the earnings conference call notes, it reminded me of what the end times looked like at Cyrix as processors viewed as obsolete were unsellable at any price. Inventory stacked up in the warehouse with no prospects of a game changer on the horizon. The stock price is now $1 less than the $5 bar that I mentioned last year was a psychological point at which it becomes attractive for some well financed suitors like Qualcomm, nVidia, Microsoft or Samsung to start sizing up as an acquisition. It’s the least they could do to get Intel’s lawyers busy conjuring up various legal counter maneuvers.

Microsoft’s recent announcement of the Surface Tablet could be considered as an affront to its OEM customers or it could be recognized for what the future truly demands: an all in one device that gives customers full access to legacy applications as well as everything the cloud has the potential to be. Theses devices will carry the brand Apple, Samsung, Amazon, Google or Microsoft but not HP or Dell. Apple has forced the vertical model (Applications, cloud and hardware) on the industry and only Samsung is close to competing – and only on the hardware side.

Will Microsoft take on its own processor team like Apple? My bet is that they hesitate in order to not upset Intel or Qualcomm who appear to be the best positioned in the Mobile Tsunami Semiconductor markets coming from two opposing directions. Squeezed in the middle are AMD, nVidia and many of the rest of the ARM camp. Retreating ARMies are unexpected but coming.

The model of eighteen months ago was that of an army of ARM licensed fabless vendors attacking Intel from all sides to win the mobile battle. The PC market has remained resilient and Intel has been able to leverage leading edge process technology to lower power and integrate the all important graphics functionality and thus put AMD and nVidia against the wall in the area they must generate revenue to fund the R&D to survive until tomorrow.

Tomorrow is here thanks to Ultrabooks and Ivy Bridge. Intel’s newest CPU will reach 50% of unit output this quarter and Haswell the successor is arriving in 9 months. Consolidation of AMD within nVidia would allow relieve price pressure in the graphics market and give nVidia an x86 play in the client and server space. If only nVidia was going great guns like in 2007 when the stock approached $40 and was valued at $25B. It would be a done deal. Now, with Intel’s 22nm ramping at great speed there is not much time for nVidia to make a play for AMD because other scenarios are arising that could be more attractive.

Samsung’s acquisition of CSR was a surprise in terms of boldness but gives one a sense of how Samsung and Intel are setting about to load up their IP portfolios as they head down the path of 450mm. Without having all the Mobile Tsunami IP pieces in place, why would one aggressively invest in 450mm and vise versa. Take this one step further and consider: can Samsung compete with Intel without x86. I contend not. If Intel has no x86 competitor than it will go into heavy skimming mode in the mobile client market as it is now doing in Servers. Without a significant AMD presence, Intel has had the luxury of raising server processor prices dramatically. The high growth data center and legacy corporate Wintel market gives Intel the liberty of tossing FREE Atom grenades into the smartphone and tablet markets to severely damage Samsung’s mobile processor revenue.

The wildcard that is coming into play this year and of which we will not fully understand is the magnitude of Qualcomm’s 4G LTE ramp. Alarm bells went off in April when management signaled that demand had greatly exceeded planned supply. Manufacturing efforts were expanded to increase production at four foundries and as of the July earnings call management stated that balance would not be achieved until years end. But then lets not forget the Chinese New Year selling season comes soon after Christmas. Mark me down for balance to arrive in March 2013.

Analysts should be on the lookout for the trend line that places a very high relative value on the communications pieces of the Mobile Tsunami platform relative to the processor and graphics. Intel is aware of this and furthermore recognizes that 4G LTE will likely be a standard feature on many ultrabooks next year. I was very surprised that Apple did not offer 4G LTE as an option to the recently launched MAC Air and MAC Book Pro notebooks.

If Qualcomm believes that they can maintain a leadership position over Intel in the communications space then they need to offer an x86 version of snapdragon directed at the ultrabook and Tablet markets, which within 3 years will be well over 250MU in TAM. The ASPs in this market for Qualcomm would be much higher than what it can achieve in Smartphones and what AMD can ever achieve going it alone. Think of the upside that Qualcomm could achieve if they sold 100MU x86 processors + baseband platforms at $100 (Intel’s average Mobile CPU ASP). Think that is high? Note that Intel’s Ivy Bridge ULV (Ultra Low Voltage) processors targeted at the Ultrabook space sell above $200 today and will average well north of $100 when the whole line is released.

While AMD can continue to be a player in the x86 market, it is likely to be diminished over time as Intel’s process lead grows. The traditional thought that Intel is 80% and AMD is 20% of the market is going to change as Intel no longer is hamstrung by antitrust from servicing 90 or even 95% of the PC market because the compute ecosystem has expanded into smartphones and tablets. AMD’s challenge is to convince one of the many well-funded suitors that x86 is a requisite technology to have in a future driven by the Mobile Tsunami and 450mm fabs.