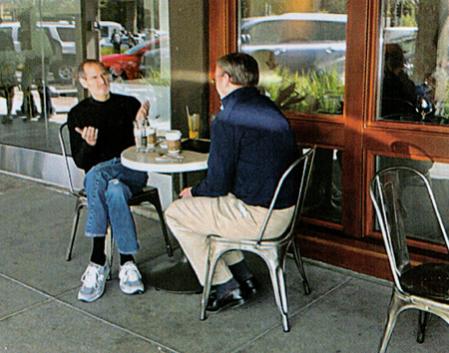 Truly great leaders are recognized by the impact they leave several generations down the road. Roosevelt and Churchill are two historical figures who together saved Western Civilization, thus leaving a tremendous legacy even now, two generations later. In the semiconductor world we mark our generations in the two-year cadence of Moore’s Law. When Steve Jobs passed away it was commented in Walter Isaacson’s book that he left Apple a 4-year product development pipeline. Surely this is significant with regards to Apple’s future viability but I am beginning to believe that he put in place an IP and Branding Strategy whose legacy will last a generation, which is atypical for technology companies. Perhaps only IBM can claim that. The reasoning behind this post is the current courtroom battle between Apple and Samsung. Steve Jobs used the word “Thermonuclear” to describe how he would destroy Android an I am beginning to believe his intention was beyond an IP fight and more in a public humiliation of the Android Cloners. Samsung is being forced to go through what I would call a “Branding Perp Walk.”

Steve Jobs commented that at the time he left Apple in 1985, they had a 10-year technology lead. Given that he had spent 10 years building Apple, one could conclude that one of his work years was equivalent to two work years developing a PC at IBM or O/S for Microsoft. History though has proven him out, as Microsoft was not able to match the 1984 Macintosh until Win95 was launched. There is no doubt that the Mac was way ahead of its time as the software overwhelmed the processor, graphics and DRAM hardware. It would take several Moore’s Law generations for silicon performance to improve and costs to drop to a reasonable range to support the mass markets with GUI based PCs. However when it arrived, the cloners, led by Dell feasted off the higher margined IBM, Compaq and Apple products resulting in brands reduced to differentiated by price.

Fast-forward a dozen years to 2007 and the introduction of the iPhone leads to the most revolutionary computing platform since the 1984 Macintosh. Steve Jobs knows it will be copied and unlike the John Sculley era, Apple will need to vigorously defend its IP and its Brand or fall into the Dell trap. Eric Schmidt, taking the role of Bill Gates begins executing the software commoditization strategy with the Free Android O/S. The cloners are set in motion to the point that in the case of Samsung, everything down to the product packaging is replicated. Apple needs to put a halt to the rapidly expanding Android ecosystem and destroy not only Google but the cloners. If the whole world can see that Apple’s competitors are proving to be nothing more than fake, knock offs then their brand can be severely damaged, which severely breaks a businesses operation model. How many individuals will want to show off their new Android Smartphone to friends at a dinner party after the supplier have been slapped down in the world of customer opinion.

To convince a future judge and jury and the world over that Apple plays fair, Steve Jobs laid a honey trap that Samsung fell into. Per court testimony we find that Apple was willing to offer a license on their patents to Samsung at the rate of $30 per smartphone and $40 per tablet. If Samsung took the license, then the impact on profits would be so great that they would not be able to compete with Apple. By denying the license and by not negotiating in good faith, Samsung took the risk that they would be shown to not have respect for an innovator’s property and thus are being held up as an example of improper business practices. It is unclear what the settlement will be at this time in terms of royalty payments or penalties. The more relevant point is that Apple will walk away with an enhanced brand while Samsung and other Smartphone cloners will be living with Brands that are significantly diminished. This is Apple’s way of preserving their brand and profit streams as they pull their customers ever tighter into the iCloud ecosystem. In a few years, I think the dominance and legacy will make it too difficult for users to leave the Apple Cloud and a new competitor to assault the castle walls.

Soon the trial in California will end and a settlement will come forth but then the next set of trials will begin in both the US and Europe. Do Apple competitors utilizing Android want to continue fighting this “Branding Death March” with a company that has the deepest pockets in the industry or maybe they migrate over to Microsoft’s O/S. In the end it was not just the 4-year product pipeline that is the legacy of Steve Jobs but in addition the IP and Branding strategy that will extend Apple’s dominance out beyond a generation, which is a time span that mark true greatness.

Full disclosure: I am long INTC,QCOM,AAPL,ALTR

0 Replies to “The Generational Legacy of Steve Jobs”