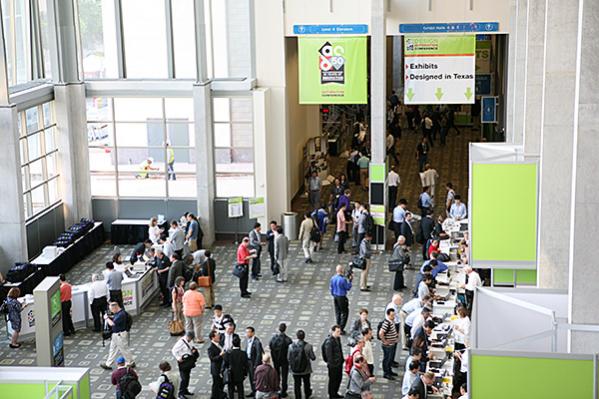 Roaming the aisles at #50DAC the past week left me with one unmistakable impression: there were two shows going on at the same time. Oh, we were all packed into one space together at the Austin Convention Center and neighboring hotels. But we weren’t quite all speaking the same language – yet.

There are three kinds of people in the audience when a technological change is underway: those who asked for a change and are awaiting instructions and guidance; those who would embrace it if they understood it and see that it is safe to move in that direction; and those who for a variety of reasons never will. Most of the silly things I hear involve people desperately trying to sell something without really understanding what the audience is feeling.

For example, we at SemiWiki have been accused of “drinking the FinFET KoolAid,” so I watched carefully to see what people thought of the other flavor. There was a desperate attempt to pitch FD-SOI in a luncheon panel on verification, and looking around the room I saw a lot of eyes roll up into heads in the audience. Unless and until FinFET stumbles on its promises, audiences will tune out the alternatives – the speaker would have had a lot more credibility if he had briefly introduced FD-SOI to the audience instead of using half his presentation on details and benefits having nothing to do with verification of IP, which was what the folks came to that session for.

I’ve been to one World Fair, a picnic, and a rodeo, and I’ve heard quite a few silly things over a pair of headphones, so I can tell when real change is happening. I think the organizers of DAC, led by Yervant Zorian of Synopsys, understand there are two major technological changes going on, resulting in the two-shows-in-one approach we saw firsthand. One show had exhibit booths and a variety of technical panels discussing EDA topics. The other show had visionary talks and keynotes, coordinated with several interesting panel discussions, focused on the new wave of embedded and cloud-enabled design.

The juxtaposition was obvious in the first ten minutes, when the illustrious Gary Smith said in his opening remarks in the DAC Pavilion that “the EDA guys should just take over the embedded guys.” He had Mentor Graphics in mind, with the notion that advanced SoCs have become too complex to verify and use without a sweeping change in how we do software. That’s not a silly statement, although he is seeing only part of the embedded community, and large embedded software companies like Wind River and QNX are already in non-EDA hands. There is something big going on with embedded when EDA analysts start noticing.

But it’s an EDA show, so the on-floor presence of traditional EDA people was expected. There were people pitching UVM and an overall shortfall in verification, and IP data management, and clock domain crossing analysis, and billions of gates, and 14nm FinFETs, and thermal, power, and package analysis, and a myriad of other technologies. This is the landscape of what Aart de Geus of Synopsys called “extremely difficult automation” in an age of “technonomic push-pull”, where new chips go into new computers to design newer, bigger chips. Wally Rhines of Mentor led his remarks with the idea that transistors are a commodity, just like precious metals or lumber or steel, but they have grown at a faster rate than any commodity in history – a 10 year CAGR of 72% – and the EDA technology to manage them is growing rapidly as well.

If you only heard those remarks and travelled the exhibits and a few panels, you’d probably ask the same question one vendor asked me: “So, where are all the EMBEDDED guys?” The DAC site was touting the show being 35% embedded this year. Beyond tools for FPGA technology, with a few interesting nuggets like One Spin Solutions, and some new developments in safety critical for markets like automotive coming from companies like iROC Technologies, the presence of embedded microcontroller and board level companies on the floor was nil.

Adding back the other visionary talks, keynotes, and some panels lends a different picture. Lip-Bu Tan of Cadence talked at length about the mobile revolution and his optimistic view of semiconductor growth, saying we’ve only scratched the surface. Gregg Lowe of Freescale focused on the Internet of Things with an intriguing comment that if the industry doesn’t solve energy efficiency, 50 billion devices “may not have enough juice” when you add in the cloud infrastructure connecting everything. Stephen Woo of Samsung said we are not really well prepared for the next five years of tech change, with the system-on-dozen-chips and a rigid PCB being the limiting factor to innovation with things like flexible displays coming.

Technologists Scott Renner of Qualcomm and Sanjive Agarwala of TI both said essentially the same thing: new SoCs are incredible pieces of concurrency, with processors and software being co-optimized for specific workloads. Scott Gardner of the Linley Group hosted six panelists – from Altera, AMD, Applied Micro, ARM, Dell, and Intel – with all but the Intel guy having roots in Power Architecture and embedded processing, and all now working mostly with ARM or X86 technology for cloud computing. Same message: the days of one uber-processor are done, processors and FPGAs are being optimized for new roles.

Maybe embedded isn’t the right word anymore. Katie Eckermann of AMD called it “surround computing”, with people networked together by a variety of processors made for real-world jobs instead of just raw computational power. The people looking for some quasi-standard processor on a well defined board form factor were probably disappointed, but make no mistake – the embedded guys and gals of the Internet of Things in our future were at #50DAC.

0 Replies to “So, where are all the EMBEDDED guys?”