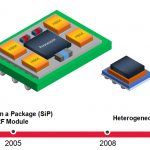 The emergence of 3D packaging technology has been accompanied by the term “more than Moore”, to reflect the increase in areal circuit density at a rate that exceeds the traditional IC scaling pace associated with Moore’s Law.  At the recent Design Automation Conference in Las Vegas, numerous exhibits on the vendor floor presented… Read More

Memory is always a critical resource for a System-on-Chip (SoC) design. It seems like designers are always wanting more memory, and the memory they have is never fast enough to keep up with the processors, especially when using multi-core processors and GPUs. To complicate matters, today’s SoC architectures tend to share memory… Read More

NetSpeed Bridges the Gap Between Architecture and Implementation
by Mitch Heins on 12-29-2016 at 11:30 am
View Profile
View Forum Posts

This is part II of an article covering NetSpeed’s network-on-chip (NoC) offerings. This article dives a little deeper into what a NoC is and how NetSpeed’s network synthesis tool, NocStudio, helps system architects optimize a NoC for their system-on-a-chip (SoC) design.

There are two camps of thinking on the IoT: those who believe Bluetooth and Wi-Fi rule the edge, and those who support any of dozens of other wireless networking specifications for their various technical advantages. The ubiquity of Wi-Fi in homes helps devices connect in a few clicks – so why don’t more IoT designers use it?… Read More

Software abstraction is a huge benefit of a network-on-chip (NoC), but with flexibility comes the potential for runtime errors. Improper addresses and illegal commands can generate unexpected behavior. Timeouts can occur on congested paths. Security violations can arise from oblivious or malicious access attempts.

According to Steven Hawking, Bertrand Russell once gave a public lecture on astronomy. He described how the earth orbits around the sun and how the sun orbits around our galaxy. At the end of the lecture, a little old lady at the back of the room got up and said: “What you have told us is rubbish. The world is really a flat plate supported… Read More

I blame it on Henry Ford, William Levitt, and the NY State Board of Regents, among others. We went through a phase with this irresistible urge to stamp out blocks of sameness, creating mass produced clones of everything from cars to houses to students. 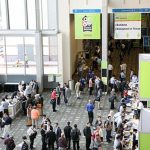