The Cadence Virtuoso Design System has been one of the premier Integrated Circuit design systems for many years and is used by most major semiconductor companies.  While it is powerful and versatile, it is often not optimized for certain complex, repetitive and time-consuming layout design tasks.

The founder and president of SkillCAD, Pengwei Qian saw, that often layout tasks in Cadence required many mouse clicks for even simple tasks.  And as the number of clicks increased, along with increased human interaction, the possibility of design errors increased.  He felt that if both complex and tedious repetitive, layout tasks could be simplified and automated, not only would layout productivity be increased, but human errors, and costly design rework, would be greatly reduced.  “Correct and Optimized  by Construction” was the goal but without the expense of loss of control by the layout designer.

Originally containing a handful of commands to help with common layout tasks, SkillCAD has evolved into over 100 functions, including the powerful, patented V-Editor tools, metal routing tools that allow the designer to route one or fifty metal lines with equal ease, pin placing tools that allow the placement of hundreds of pins in a matter of seconds, and many other tools, that greatly improve a  layout design team productivity.

What you will Learn in the webinar:

Whatever layout design approach is used, bottom-up, top-down, or any combination of approaches, the power and versatility of the SkillCAD tools will shorten layout cycle times. 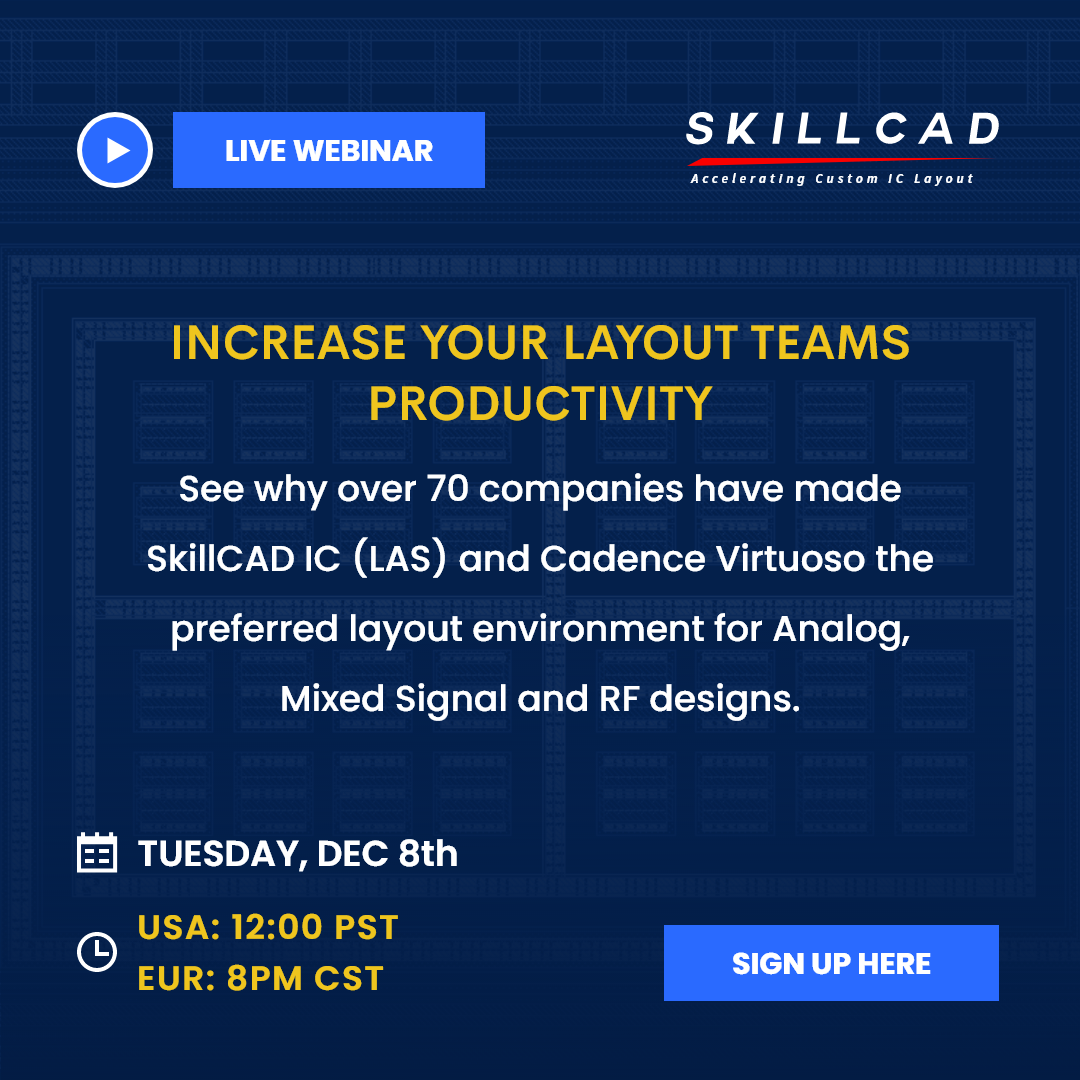