Cyril Spasevski is the President, CTO and founding engineer at Magillem, bringing a team of engineers, all experts with an SoC platform builder tool. In 2006 Cyril and his team met a seasoned business woman, and decided to form Magillem. Design teams were struggling with different tools at different stages of the flow, redoing the same configurations at ESL and RTL to assemble their virtual platforms.

Cyril Spasevski, President and CTO
Adoption of a unique pivot format like XML-based IP-XACT allowed for a single description schema, which created a streamlined approach for the front-end SoC design flow.

Isabelle Geday is the CEO and angel investor. Her background includes venture capital and co-founding PNB, a PCMCIA technology company.

The Company has created products for use in several IC design areas: 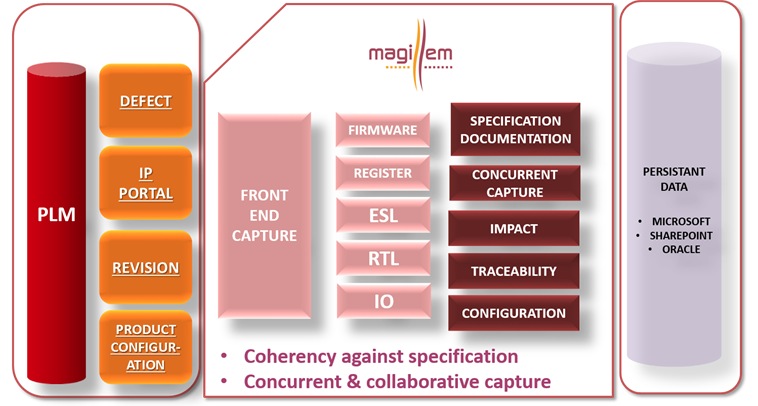 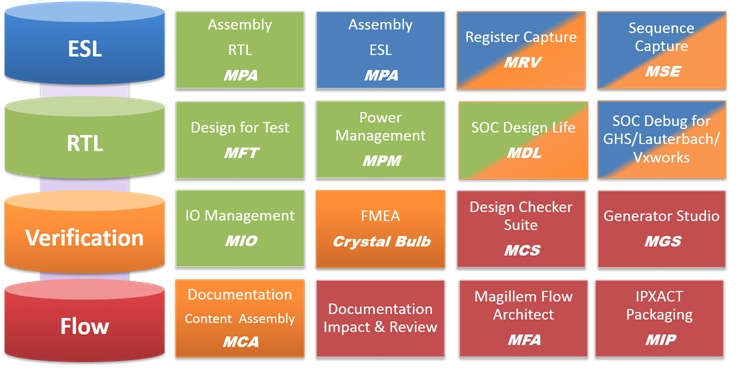 How did you get funding for this start-up?

Geday: A combination of funding has come from: angel investors, founding engineers, French national loan program, and the OSEO Young Innovative Business loan. The company went public in November 2009 and raised 2.2M euros after the IPO. Total R&D investment has been 9.5M euros, and we have no debt and used no venture capital money.

Geday: You know what they say: one only lends to the rich guy! It was a tough year all over the world for start ups after the Lehman brother induced financial crisis in September 2008. No venture capitalist would put any money in an EDA venture. Magillem enjoyed a 20% growth year over year in its 2008-2009 fiscal year was profitable and we opted to rip the benefits of the TEPA law. It gave us a reassuring image for our top tier customers and visibility because no one else was going public at that time. All together, it was a good move!

Who was your first customer, and why did they choose Magillem?

Spasevski: Our first customer, still loyal to Magillem, was STMicroelectronics, they were a sponsor of IP-XACT and pro-actively using it internally. They needed an IP-XACT based platform software from a vendor independent from the Big 3; Magillem was the choice!

What was Magillem’s first product, and how did it come together?

Spasevski: We started with a platform assembly tool to assemble IP blocks: our engineers were familiar with the design of IP blocks, such as AMBA and OCP interfaces. They used their knowledge and experience to craft the assembly tool to combine IP blocks on a virtual SoC.

How is Magillem involved in using standards?

Spasevski:Magillem software has been written on top of open tools and standards such as Eclipse or IP-XACT technologies. Our involvement is strong in various working groups within Accellera and OASIS. We rely on standards as the scope of our tools is pretty large. It helps our customers to preserve their assets and helps communication between partners. Working in committees allows us to drive a stronger roadmap and leverage the ecosystem. Magillem has been strongly involved in SystemC, OCP-IP, Accellera IPXACT and OASIS DITA to cover our needs in modeling, formats and architecture.
Where did the name Magillem come from?

Geday: At first the name Magellan was suggested, however due to existing trademarks the name Magillem was selected and it stands for Magic Lems which means magic modules.

How many people are at your company, and how fast is it growing?

Geday: In 2013 there are now 50 employees with 40 engineers and Ph.D.’s, plus a joint lab with CEA-Leti (French Atomic Energy Lab).