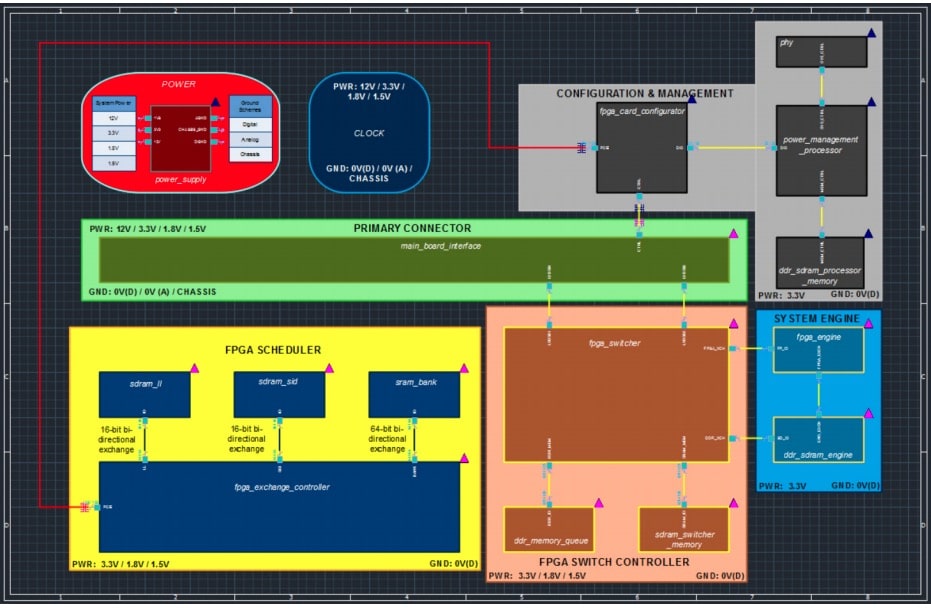 Many electronic product ideas start out as sketches on the back of a napkin, then migrate over to diagrams drawn in Visio or PowerPoint, finally entered into EDA-specific tools. With that methodology there’s a big disconnect between the diagrams drawn with a purely graphical tool and the EDA tools, because there’s no data linkage happening, so there’s no consistency and no automation when a change is made to the specification. Necessity is the mother of all inventions, so I recently spoke with Gary Hindeat Cadence to learn about how this need for system-level capture was turned into a new product, named Allegro System Capture, announced earlier this year.

Q: How new is System Capture?

It’s been in development for a few years now, and it’s a platform for hardware design of systems with multiple boards, packages, cables and harnesses.

Q: Why was System Capture created in the first place?

I’ve had previous roles at Cadence as an AE and AE director, visiting customers across Europe that design PCB systems for automotive, industrial, mil-aero, networking and even formula racing. These teams often started out their designs with PowerPoint or Visio to capture the big-picture, but there was never any linkage to the electrical system and requirements. So we created System Capture as a way to automate the graphical diagrams that also included connectivity, and partitioning a system into multiple boards.

Q: Does System Capture work with any schematic or PCB layout tool?

Our System Capture tool works with the Cadence Allegro and OrCAD tools only at this point.

Q: Can you give me an example of how using your approach is beneficial?

Q: What types of engineers would be using your new tool?

Q: What problems does this new approach help mitigate?

Well, it eliminates surprises that happen when bringing together two or more boards. Let’s say that something changed like pin positions or pins names, with this approach you catch these changes so there aren’t surprises. The system-level connectivity is defined from the top-down, and there are consistency checks as you create the PCB layout for each board.

System connectivity mismatches identified and highlighted for users to resolve

Q: How much time can an engineer expect to save with this approach?

With the connectivity already defined in System Capture you can expect that during schematic capture between a 2X to 5X speedup. Placing decoupling capacitor rails is up to 10X faster on schematic pages now.

Q: What types of simulation analysis are supported?

Q: Where can I learn more about System Capture?

On the web there’s a product page and data sheet, contact your local Cadence AE, or come visit us at PCB West in Santa Clara.