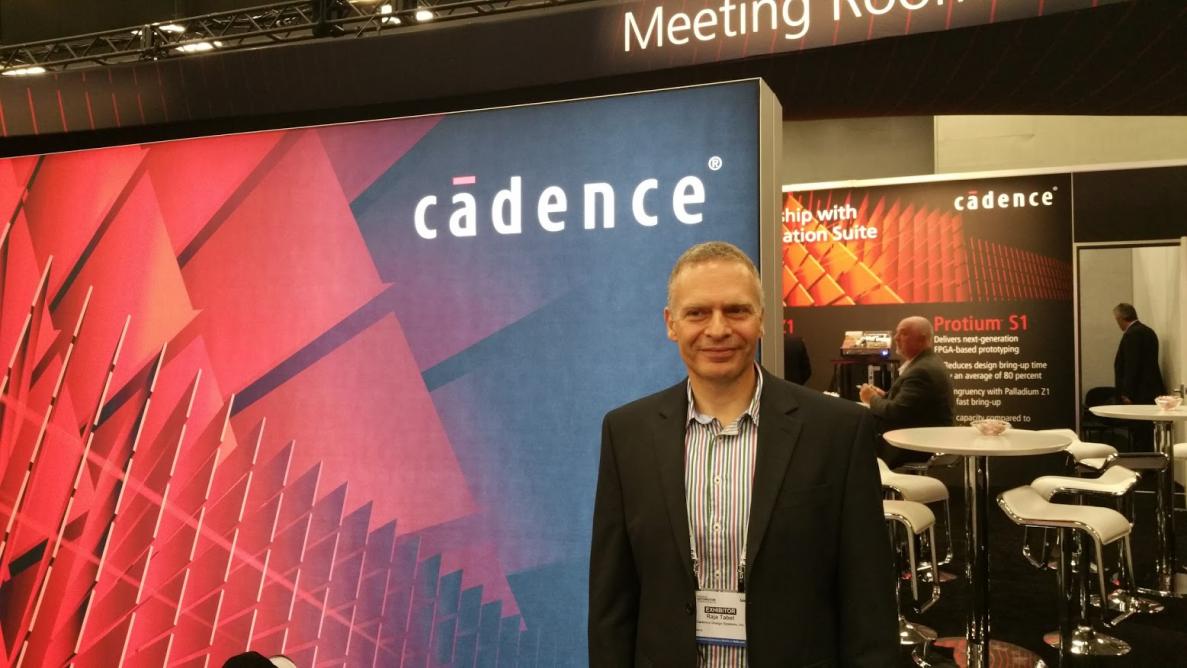 A huge theme at #54DAC this year was all things automotive and in particular the phrase ADAS (Assisted Driver Assistance Systems), so I followed up with Raja Tabet a corporate VP of emerging technology at Cadence. We met on Monday in a press room where I quickly learned that Cadence has been serving the automotive industry for the past 15 years with IC tools, IP and services.

Cadence acquired Tensilica back in March 2013, gaining instant access to an app-specific acceleration platform with DSP features that was easy to customize, generated SW, and custom instructions. This technology fits quite well with ADAS features for vision, radar, Lidar and even sensor fusion. I’ve been following Tensilica over the years because my former roommate Chris Rowen founded the company, and we both worked at Intel starting in 1978.

The latest version of Tensilica (P6) supports both imaging and vision functions. The Vision C5 is a CNN (Convolution Neural Network) processor, recently announced that gives you 1TMAC/sec computational capacity. What makes the C5 a bit unique is that in a single chip you get both a CNN and CPU together, instead of separate components from different vendors. Here’s a quick snapshot of the Tensilica product offerings: 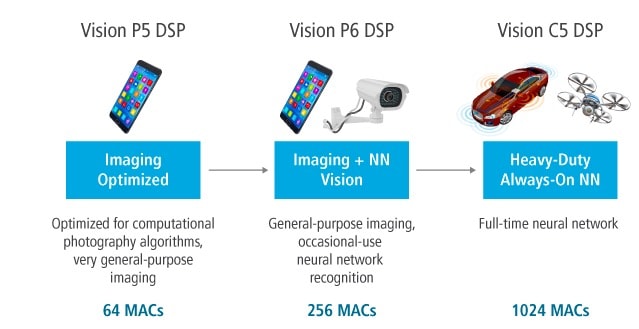 Customers would first conceive of a neural network for their application, train the network, then embed the network using software to compile it into Tensilica hardware. Competitive approaches in this space include vendors that use GPUs or hardware accelerators. With the approach in the C5 you get a power/performance metric that is quite high and is easy to program. With Cadence you now have the technology to create your own ADAS system.

The automotive infotainment world is well served by standards, however ADAS is so new that there are no standards out their to quickly choose from. Expect defacto standards to begin emerging as automotive companies form alliances or adopt specific vendor tools and flows.

From a design viewpoint there’s a lot to consider for the automotive market, like:

The technology at Cadence has matured to the point of offering a comprehensive methodology for automotive design. Adjacent to the automotive market is a related market for robotic technology where imaging and vision are fundamental requirements for industrial robots. What intrigues me the most about neural networks is the ability for the machine to get smarter with each new encounter, or a new release of firmware that is downloaded over a wireless network.

Along the path to fully autonomous driving which is level 5, are the four lower levels of automation. No matter which level you are trying to design for there are common questions:

The approach at Cadence is to let you decide how you want to implement ADAS by making your own decisions. In 2017 there are some 17 ADAS events that Cadence will participate at, so this opportunity is large and growing, which is always a good thing.