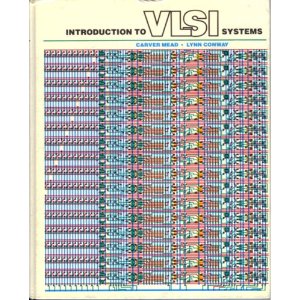 Electronic Design Automation, or more affectionately known as EDA, is a relatively young $5B industry with a very colorful upbringing, one that I have experienced firsthand, I’m very grateful for, and is an honor to write about. Today EDA employs an estimated 27,000 people! There is a nice EDA Wikipedia page which can be found here.

Before EDA, integrated circuits were designed by hand. Automation first came with geometric software to generate the tapes for the Gerber photoplotter, but even those copied digital recordings of mechanically-drawn components. The process was fundamentally graphic with the translation from electronics to graphics done manually. The best known company from this era was Calma whose GDSII (Graphic Data System) format is still an industry standard. In 1984 my first job at Data General was to support Calma, the Calma II station was based on Data General Eclipse hardware.

By the mid-70s, developers started to automate design with many tools including place and route (P&R). The proceedings of the Design Automation Conferences(DAC) cover much of this era. The first DAC I attended was 1984 in Albuquerque, New Mexico, which was the first DAC with vendor exhibits, and I have not missed one since. That DAC was VERY entertaining and not much different from my time at Chico State University! 😎

The next era began about the time of the publication of “Introduction to VLSI Systems” by Carver Mead and Lynn Conway in 1980. This ground breaking text advocated chip design with programming languages that compiled to silicon. The immediate result was a considerable increase in the complexity of the chips that could be designed, with improved access to design verification tools that used logic simulation.

1981 marks the beginning of EDA as an industry. For many years, the larger semiconductor companies (IDMs) developed EDA software internally. In 1981, executives and engineers spun out of these companies to concentrate on EDA as a business. Daisy Systems, Mentor Graphics, and Valid Logic Systems were all founded around this time, and collectively referred to as DMV. Within a few years there were many companies specializing in EDA, each with a slightly different emphasis.

In 1989 the EDA Consortium (EDAC) was founded “To promote the health of the EDA industry, and to increase awareness of the crucial role EDA plays in today’s global economy.”Currently EDAC represents approximately 100 companies around the world. There is a nice 15 minute promotional video “Where Electronics Begins” HERE.

Today Synopsys, Mentor, and Cadence are the dominant players. There is a very interesting EDA Mergers and Acquisitions Wiki which chronicles the evolution of EDA companies. This is one of the most active Wikis on SemiWiki!

0 Replies to “A Brief History of EDA”