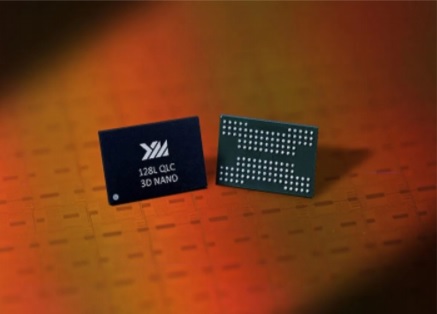 In its February 20, 2021 edition, the Economist published an article entitled “How to kill a democracy; China faces fateful choices, especially involving Taiwan”.  It went on to quote “To many Chinese, the island’s conquest is a sacred national mission” as well as a by-line “America is losing its ability to deter a Chinese attack on Taiwan.  Allies are in denial.”

The thought of such an attack should send cold shivers down the chip industry’s spine given, were this to happen, a pivotal part of the western world’s chip supply would dry up overnight.  Chip inventories would quickly become exhausted and end equipment production lines everywhere would grind to a halt within a matter of weeks, even days.  The near instant impact on global trade and the world economy would be orders of magnitude greater than the 2008 Lehman Brothers crash or the 2020 Covid-19 lockdown.

This problem has been brewing for years, the combined result of an efficient out-sourcing regime, driven faultlessly by TSMC, aided and abetted by super-efficient chip-design tools.  Both trends have been manna from heaven to chip firms, users and their investors alike, as it offered lower chip costs and allowed firms to deploy outsourcing-rich, asset-lite manufacturing strategies, increasing profits and diverting their cash flows from investments to dividends and share buy-back schemes.  It was accounting Excel Sheet heaven.

No-one paid any attention to the loss of control of a key strategic manufacturing industry, why should they?  Taiwan was the West’s friend and TSMC an outstanding company and, in any case, chips were just another commodity.  The Real men have fabs’ naysayers were ridiculed as out of touch, out of date, twentieth century dinosaurs.

The current chip shortage, and its devastation impact on the automotive industry, has to a limited extent stirred the chip-supply hornet’s nest, but this will all blow over once the supply-demand imbalance gets sorted.  Knee-jerk initiatives, such as US ‘Chips for America’ and EU ‘European Initiative on Processors and Semiconductor Technologies’ are the wrong answer to the right problem.  They fail to address the fundamental issue that chip firms do not want to own wafer fabs (it screws up their balance sheet) and the chip users don’t care where the chips come from (so long as they’re cheap).  There’s neither market pull or push!

China has been aware of this out-sourced dependency risk for years, hence its drive for national self-sufficiency in chip production, but any fast follower catch-up strategy is notoriously hard to achieve.  As a benchmark, it took TSMC over twenty-five years to come close to manufacturing parity with the best in practice manufacturers, and only in the past five has it moved into pole position, yet they are, without doubt, the best chip firm in the world.  If it took TSMC this long to catch up, what chance has anyone else, hence the reason why, even before the US-imposed sanctions, China has made such modest progress.

But, as the Economist points out, the Taiwan conundrum represents unfinished business from the 1949 war when the defeated Nationalist regime fled into exile in Taiwan.  Were President Xi to fulfil China’s pledge to bring the 23rd Province of China under Communist Party control or not is more a matter of when, not if, with D-Day shaped more by the judgement call whether America would (could?) stop him.

The big question is America’s ability to deter such an invasion, but as America’s starving of chips to Huawei has shown, invasion today no longer entails tanks and troops on the ground, or the streets of Taipei scorched by fire and stained with blood; simply cutting off the electricity and shutting down TSMC’s factories is all it would take to bring America and the rest of the western world to its knees.

For the hawks in China, what better time to do that than now, whilst the non-China world is still struggling with the Covid-19 pandemic, the US democracy and government has been battered by a brutal and divisive presidential election, the world is struggling with a global chip shortage and there is no global consensus whether Taiwan’s independence is worth angering China, especially for some countries, where China is their largest, or a crucial, trade partner.

Taiwan’s recovery back into the Communist fold is not just a sacred national mission, it would also signal that American global leadership had come to an end.  The only deterrent is if China feels it cannot complete the task at a bearable cost.  Once that fear is reconciled, there is little doubt China will act and, from a chip supply perspective, there will be nothing the rest of the world can do … as the automotive industry has realized, there is no Plan B.