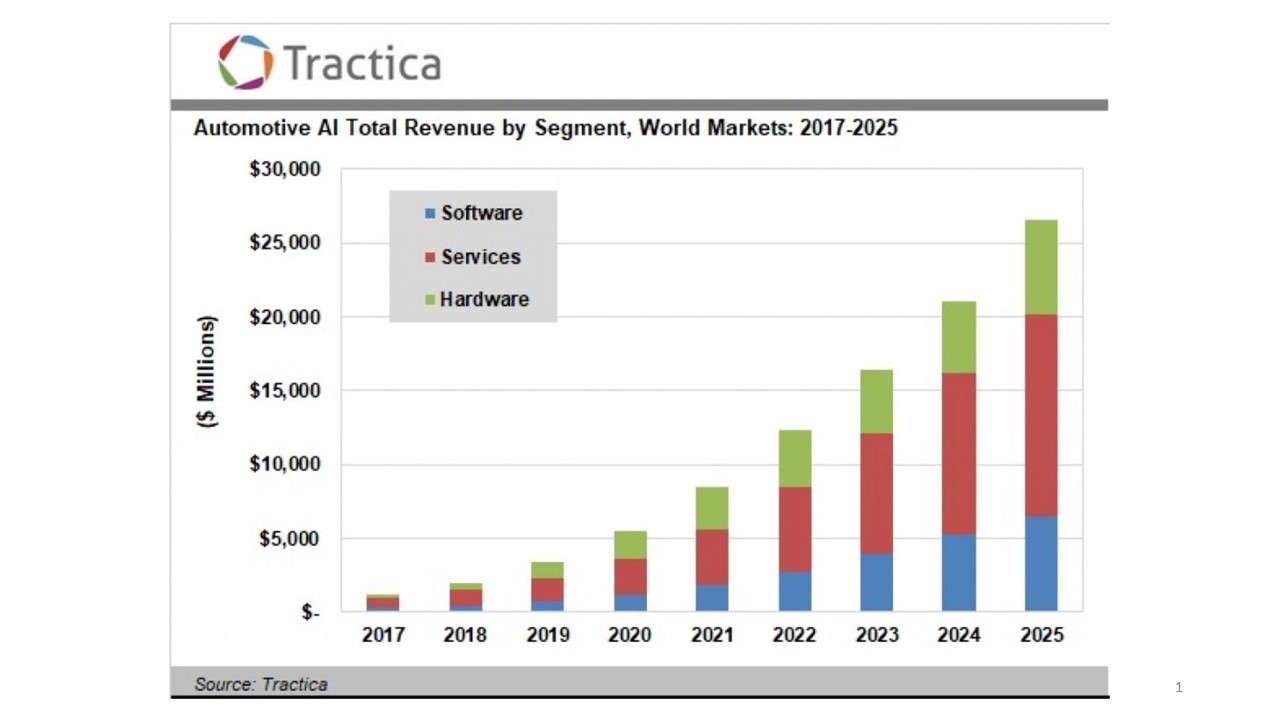 Today’s societies are becoming ever more multimedia-centric, data-dependent, and automated. Autonomous systems are hitting our roads, oceans, and air space. Automation, analysis, and intelligence is moving beyond humans to “machine-specific” applications. Computer vision and video for machines will play a significant role in our future digital world. Millions of smart sensors will be embedded into cars, smart cities, smart homes, and warehouses using artificial intelligence. In addition, 5G technology will be the data highways in a fully connected intelligent world, promising to connect everything from people to machines and even robotic agents – the demands will be daunting.

The automotive industry has been a major economic sector for over a century and it is heading towards autonomous and connected vehicles. Vehicles are becoming ever more intelligent and less reliant on human operation. Vehicle to vehicle (V2V) and connected vehicle to everything (V2X), where information from sensors and other sources travels via high-bandwidth, low-latency, and high-reliability links, are paving the way to fully autonomous driving. The main compelling factor behind autonomous driving is the reduction of fatalities and accidents. Realizing that more than 90% of all car accidents are caused by human failures, self-driving cars will play a crucial role in accomplishing the ambitious vision of “zero accidents”, “zero emissions”, and “zero congestion” of the automotive industry.

The only obstacle is vehicles must possess the ability to see, think, learn and navigate a broad range of driving scenarios.

The market for automotive AI hardware, software, and services will reach $26.5 billion by 2025, up from $1.2 billion in 2017, according to a recent forecast from Tractica. This includes machine learning, deep learning, NLP, computer vision, machine reasoning, and strong AI. Fully autonomous cars could represent up to 15% of passenger vehicles sold worldwide by 2030, with that number rising to 80% by 2040, depending on factors such as regulatory challenges, consumer acceptance, and safety records, according to a McKinsey report. Autonomous driving is currently a relatively nascent market, and many of the system’s benefits will not be fully realized until the market expands.

The fully autonomous driving experience is enabled by a complex network of sensors and cameras that recreate the external environment for the machines. Autonomous vehicles process the information collected by cameras, LiDAR, radar, and ultrasonic sensors to tell the car about its distance to surrounding objects, curbs, lane markings, visual information of traffic signals and pedestrians.

Fully autonomous vehicles are gradually expected to come to fruition following the introduction of the six levels of autonomy defined by the Society of Automotive Engineers (SAE) as shown in Figure 2. These levels range from no automation, conditional automation (human in the loop) to fully automated cars. With increasing levels of automation, the vehicle will take over more functions from the driver. ADAS mainly belongs to Level 1 and Level 2 of automation. Automotive manufacturers and technology companies, such as Waymo, Uber, Tesla, and a number of tier-1 automakers, are investing heavily in higher levels of driving automation. 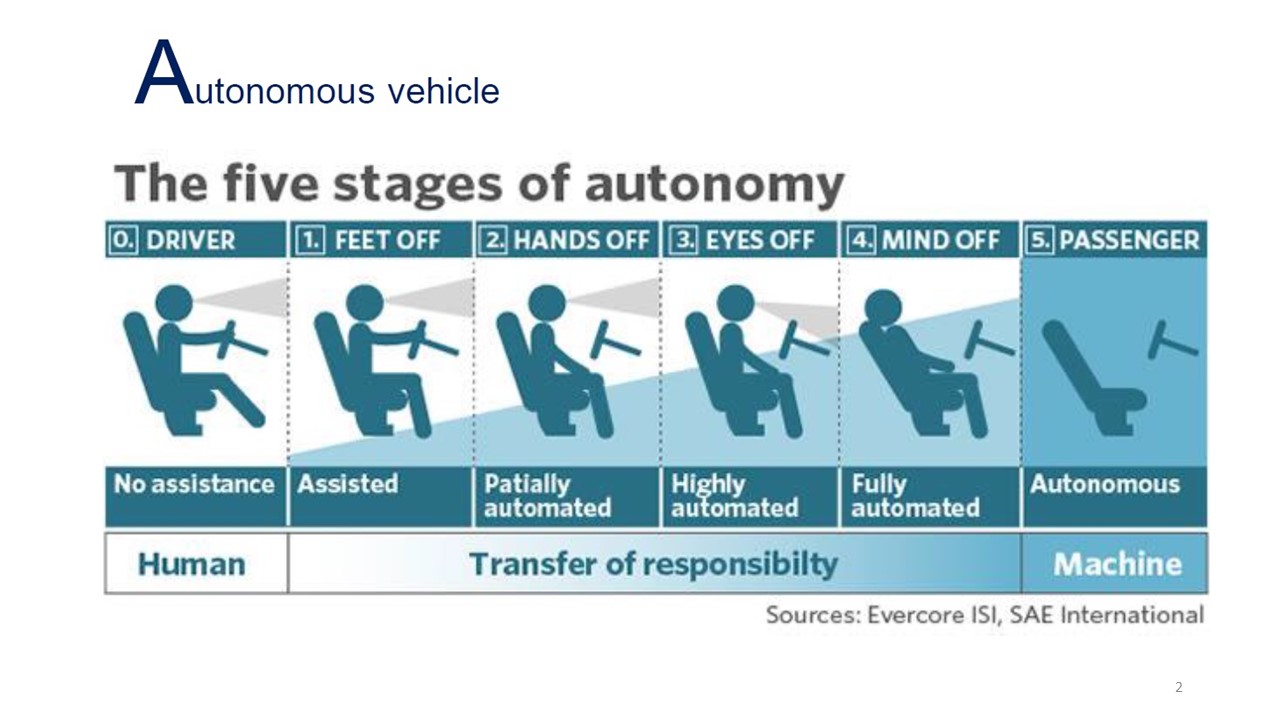 With the rapid growth of innovations in AI technology, there is a broader acceptance of Level 4 solutions, targeting vehicles that mostly operate under highway conditions.

Although the barrier between Levels 3 and Level 4 is mainly regulatory at this time, the leap is much greater between Levels 4 and 5. The latter requires achieving the technological capability to navigate complex routes and unforeseen circumstances that currently necessitate human intelligence and oversight. 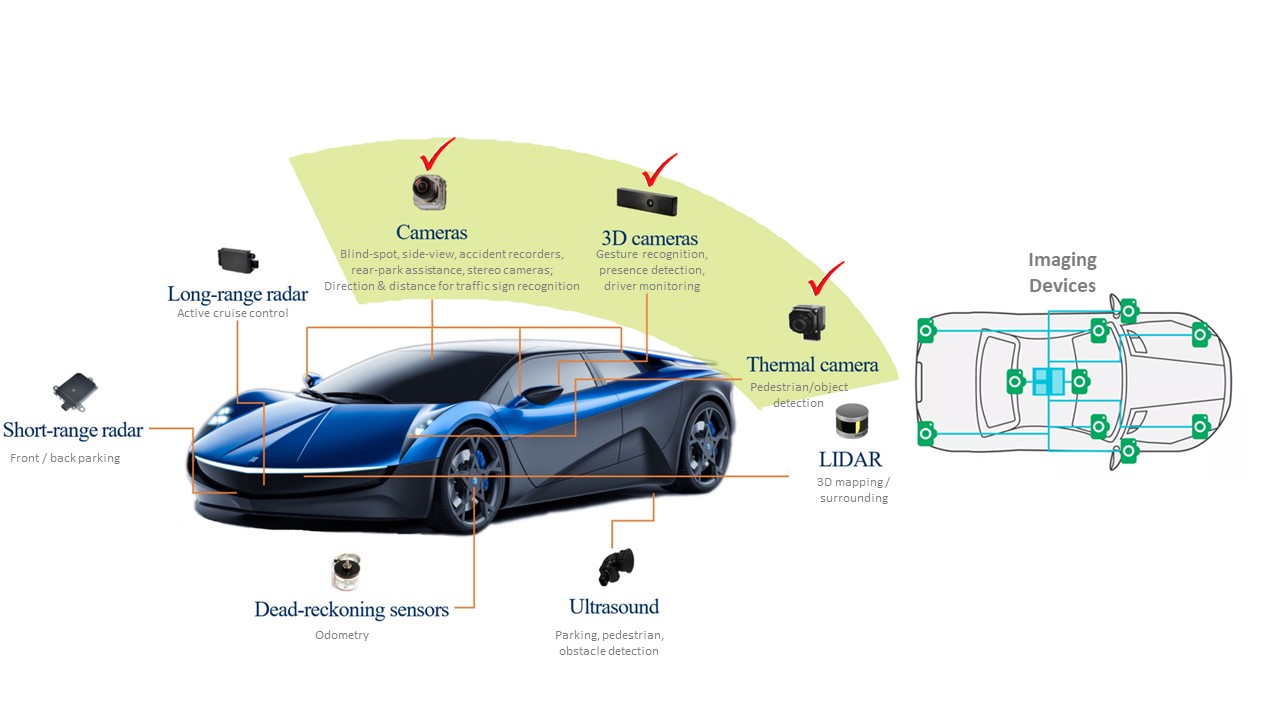 The convergence of deep learning, edge computing, and the Internet of vehicles is driven by the recent advancements in AI automotive and vehicular communications. Another enabling technology for machine-oriented video processing and coding in visual data applications and industries is the emerging MPEG Video Coding for Machine (MPEG-VCM) standard. Two specific technologies are investigated for VCM:

Powerful AI accelerators for inferencing at the edge, standard-based algorithms for video compression and analysis for machines (MPEG-VCM), and 5G connected vehicles (V2X) play a crucial role in enabling the full development of autonomous vehicles.

There are a number of possible joint VCM-V2X architectures for the future autonomous vehicle (AV) industry.   Depending on the requirements for the given AV infrastructure scenarios, we can have either centralized, distributed, or hybrid VCM-V2X architectures as shown in Figure 4.  Currently, most connected car automaker manufactures are experimenting with the centralized architecture with low-cost cameras.  However, as the cameras become more intelligent, distributed, and hybrid architectures due to their scalability, flexibility, and resource sharing capabilities can become more attractive.  The emerging MPEG-VCM standard also provides the capability of transporting the compressed extracted features rather than sending compressed video/images between vehicles. 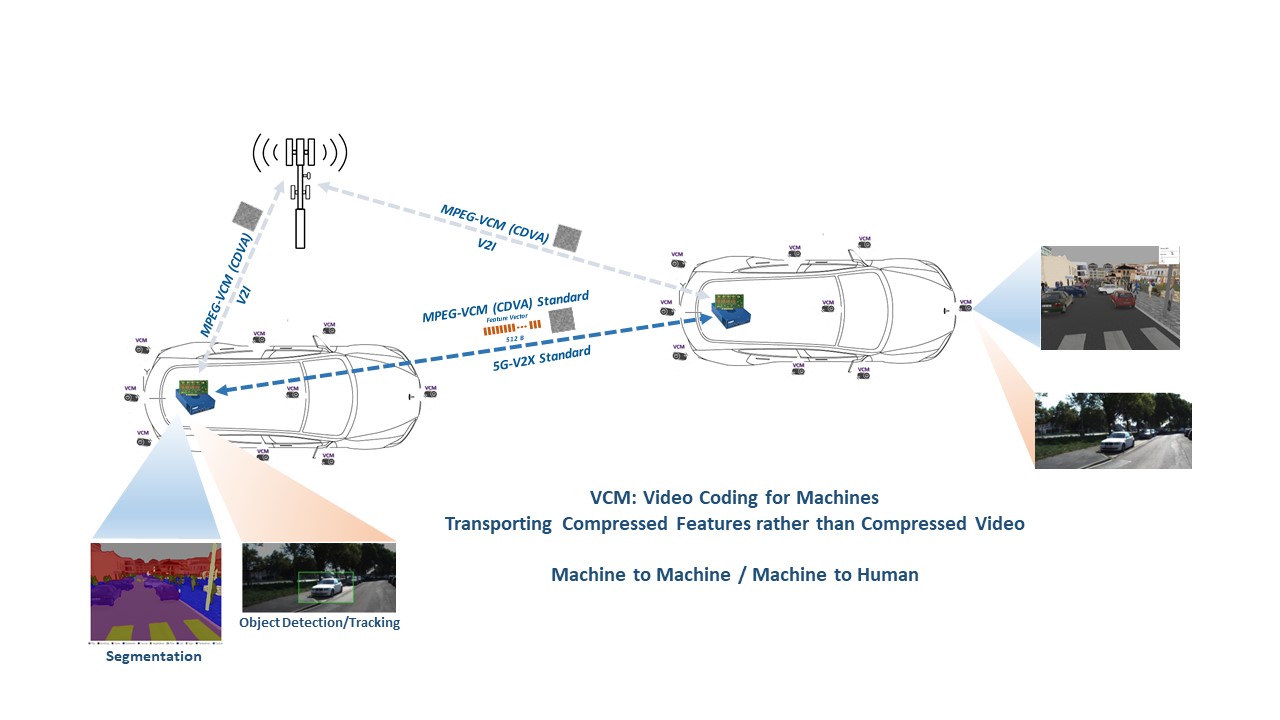 Gyrfalcon Technology Inc. is at the forefront of these innovations by using the power of AI and deep learning to deliver a breakthrough solution for AI-powered cameras and autonomous vehicles — an unmatched performance, power efficiency, and scalability for accelerating AI inferencing at the device, edge, and cloud level.

The convergence of 5G, edge computing, computer vision, and deep learning, and Video Coding for Machine (VCM) technologies will be key to fully autonomous vehicles. Standard and interoperable technologies such as V2X, emerging MPEG-VCM standard, powerful edge, and onboard compute inferencing accelerator chips enable low-latency, energy-efficient, low-cost, and safety benefits to the demanding requirements of the AI automotive industry.

About Manouchehr Rafie, Ph.D.
Dr. Rafie is the Vice President of Advanced Technologies at Gyrfalcon Technology Inc. (GTI), where he is driving the company’s advanced technologies in the convergence of deep learning, AI Edge computing, and visual data analysis. He is also serving as the co-chair of the emerging Video Coding for Machines (VCM) at MPEG-VCM standards.  Prior to joining GTI, Dr. Rafie held executive/senior technical roles in various startups and large companies including VP of Access Products at Exalt Wireless, Group Director & fellow-track positions at Cadence Design Services, and adjunct professor at UC Berkeley University. He has over 90 publications and served as chairman, lecturer, and editor in a number of technical conferences and professional associations worldwide.