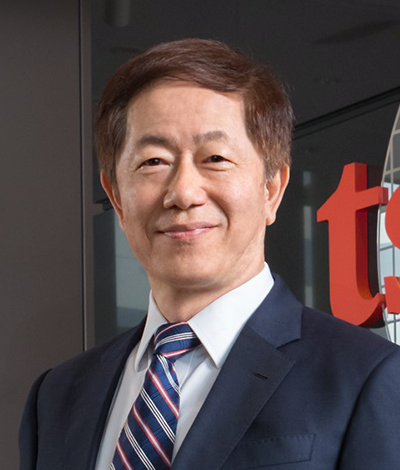 Now that semiconductor conferences are virtual there are better speakers since they can prerecord and we have the extra time to do a better job of coverage. Even when conferences go live again I think they will also be virtual (hybrid) so our in depth coverage will continue.

ISSCC is one of the conferences we covered live since it’s in San Francisco so that has not changed. We will however be able to cover many more sessions as they come to our homes on our own time.

First off is the keynote by TSMC Chairman Mark Liu:  Unleashing the Future of Innovation:

Given the pandemic related semiconductor boom that TSMC is experiencing, Mark might not have had time to do a live keynote so this was a great opportunity to hear his recorded thoughts on the semiconductor industry, the foundry business model, and advanced semiconductor technologies. Here are some highlights from his presentation/paper intermixed with my expert insights:

Nothing like a subtle message to the new Intel CEO. It will be interesting to see if the Intel – TSMC banter continues. I certainly hope so. The last one that started with Intel saying that the fabless model was dead did not end so well.

Mark finished his IDM message with:

“Over the previous five decades, the most advanced technology had been available first to captive integrated device manufacturers (IDMs). Others had to make do with technologies that were one or several generations behind. The 7nm logic technology (mass production in 2017) was a watershed moment in semiconductor history. In 2017, 7nm logic, was the first time that the world’s most advanced technology was developed and delivered by a pure-play foundries first, and made available broadly to all fabless innovators alike. This trend will likely continue for future technology generations…”

As we all now know Intel will be expanding TSMC outsourcing at 3nm. TSMC 3nm will start production in Q4 of this year for high volume manufacturing beginning in 2H 2022. The $10B question is: Will Intel get the Apple treatment from TSMC (early access, preferred pricing, and custom process recipes)?

I’m not sure everyone understands the possible ramifications of Intel outsourcing CPU/GPU designs to TSMC so let’s review:

Bottom line: 2023 will be a watershed moment for Intel manufacturing, absolutely!