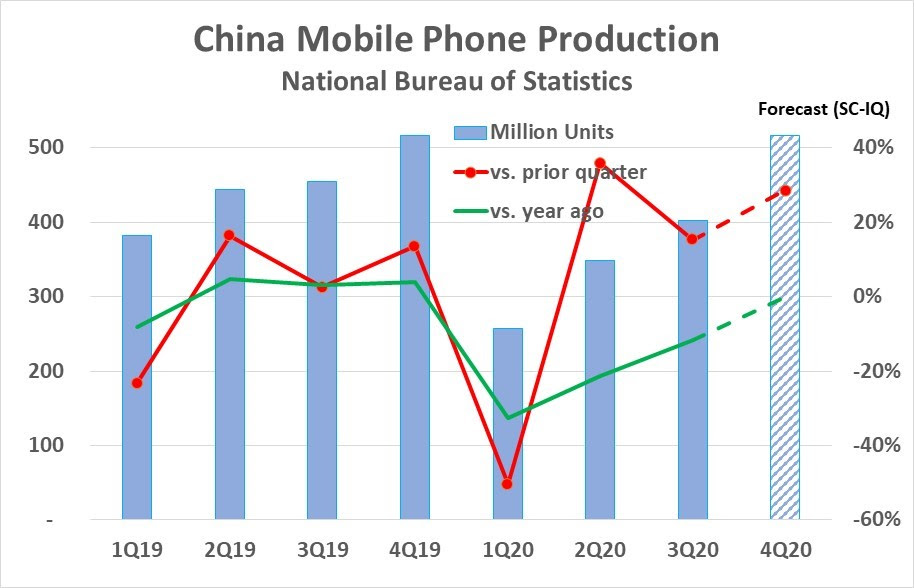 The smartphone market decline in 2020 will not be as severe as the overall mobile phone decline. Recent forecasts call for a smartphone unit decline of about 10% to 11%. 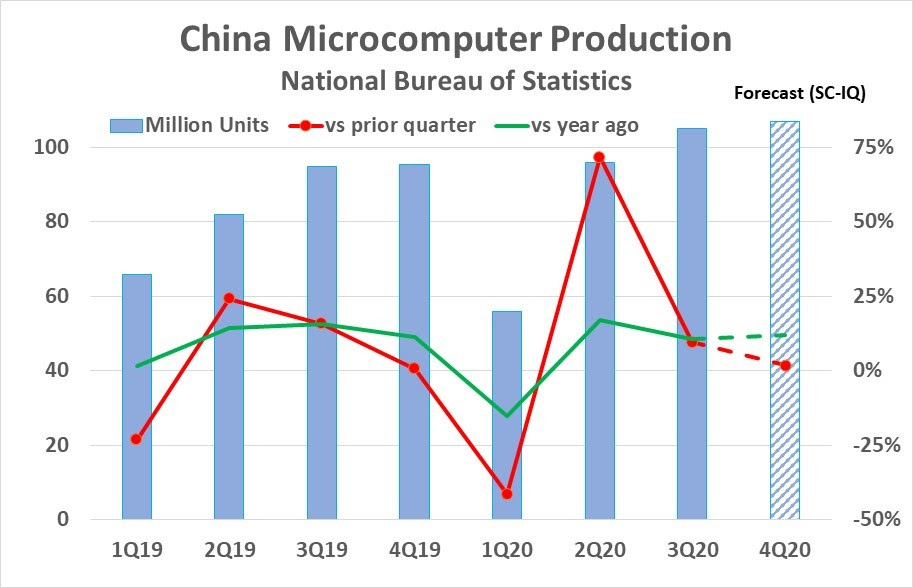 Our Semiconductor Intelligence forecast of 8% growth in China microcomputer production in 2020 fits with IDC’s September forecast of 3.3% growth for combined PC and tablet shipments in 2020. 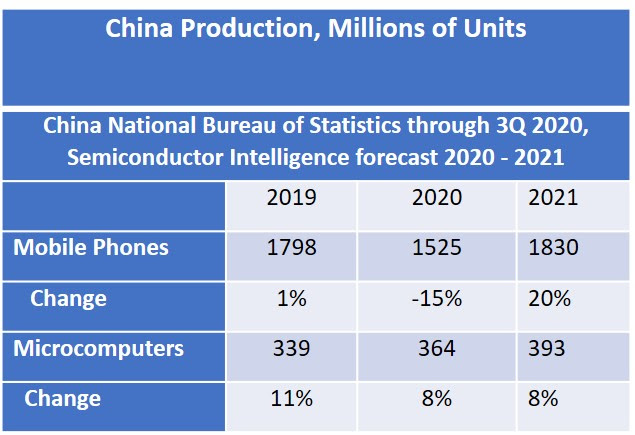 The China production data is consistent with overall trends in electronics in 2020. Demand for PCs and tablets has increased in 2020 as the pandemic has forced many people to work from home, learn from home, and even communicate socially from home. Many households without PCs or tablets have needed to acquire them, often subsidized by employers or schools. Other households have upgraded their PCs or tablets. The demand for mobile phones has been steady but was disrupted by temporary shutdowns of production facilities and retail outlets. Smartphone growth is recovering driven by 5G phones, including the iPhone 12 models.

Semiconductor Intelligence is a consulting firm providing market analysis, market insights and company analysis for anyone involved in the semiconductor industry – manufacturers, designers, foundries, suppliers, users or investors. Please contact me if you would like further information.