In today’s era, high performance mobile devices are asserting their place in every gizmos we play with and guess what enables them work efficiently behind the scene – it’s large chunks of memory with low power and high speed, packed as dense as possible. Ever growing requirement of power, performance and area led us to process nodes like 20nm, but that has a burgeoning challenge of extreme process variation limiting the yield. However there is no escape from detecting the failure rate early in the cycle to assure high yield.

In case of memory, there can be billions of bit cells with column selectors and sense amplifiers and you can imagine the read / write throughput on those cells. Although redundant columns and error correction mechanisms are provided, they are not sufficient to tolerate bit cell failure above a certain number. The requirement here is to detect failure in the range of sigma of 6.

So, how do we detect failure at such high precision? Traditional methods are mostly based on Monte Carlo (MC) simulation, the idea first invented by Stanislaw Ulam, John Neumann and Nicholas Metropolis in 1940. To get a feel of this, let’s consider a bit cell of 6 transistors with 5 process variables per device, making a total of 30 process variables. Below is the QQ plot of distribution of bit cell read current (cell_i) on x-axis and cumulative density function (CDF) on y-axis. Each dot on the graph is a MC sample point. There are 1 million samples simulated.

The QQ curve is a representation of the response of output to process variables. The bend in the middle of the curve means a quadratic response in that region. The sharp drop off in bottom left means a circuit cut off in that region. Clearly any method assuming linear response will be extremely inaccurate.

Now consider the QQ plot for delay of a sense amplifier having 125 process variables. 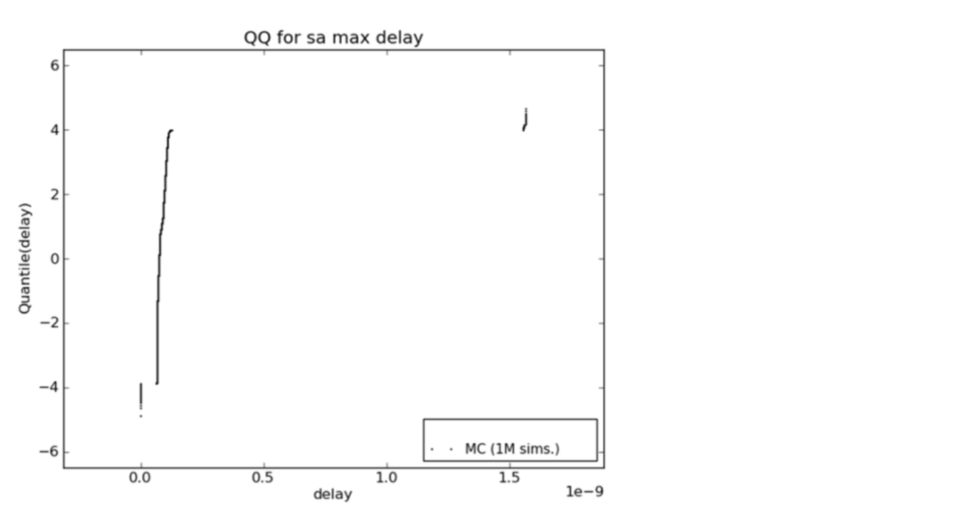 The three stripes indicate three distinct sets of delays indicating discontinuities; a small step in process variable space sometimes leads to major change in performance. Such strong nonlinearities will make linear and quadratic models completely fail. It must also be noted that the above result is obtained after 1M MC samples which covers circuits of about 4-sigma. For 6-sigma, one would need about 1 billion MC samples, not practical.

In order to detect rare failures with lesser samples, many variants of MC method and other analytical methods have been tried, but each of them lacks in either of robustness, accuracy, practicality or scalability. Some of them can work with only 6 to 12 process variables. A survey of all of them is provided in a white paper by Solido Design Automation.

Solido has developed a new method; they call it HSMC (High Sigma Monte Carlo) which is promising; fast, accurate, scalable, verifiable and usable. This method has been implemented as a high quality tool in Solido Variation Designer Platform.

The HSMC method prioritizes simulations towards the most-likely-to-fail cases by adaptive learning through feedback from SPICE. It never rejects any sample in case it causes failure, hence increasing accuracy. The method can produce extreme tail of the output distributions (like in QQ plot), using real MC samples and SPICE accurate results in hundreds or a few thousand simulations. The flow goes something like this – 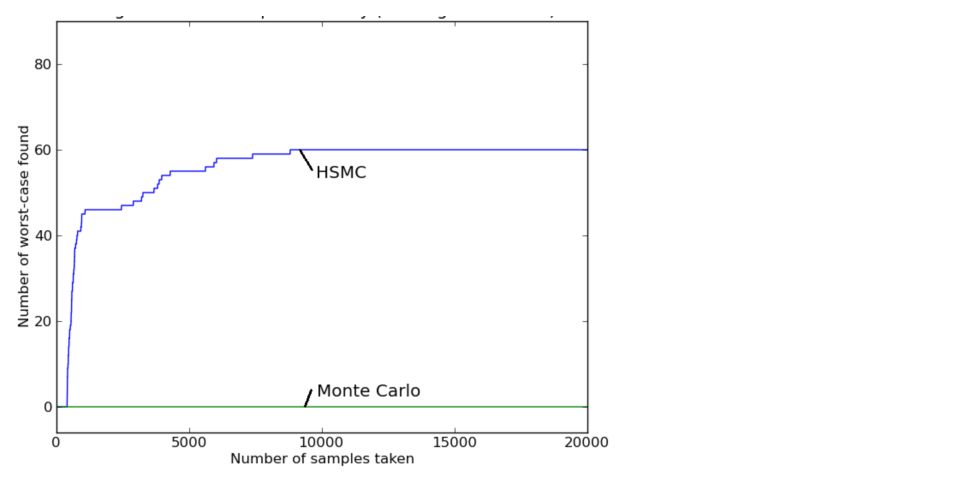 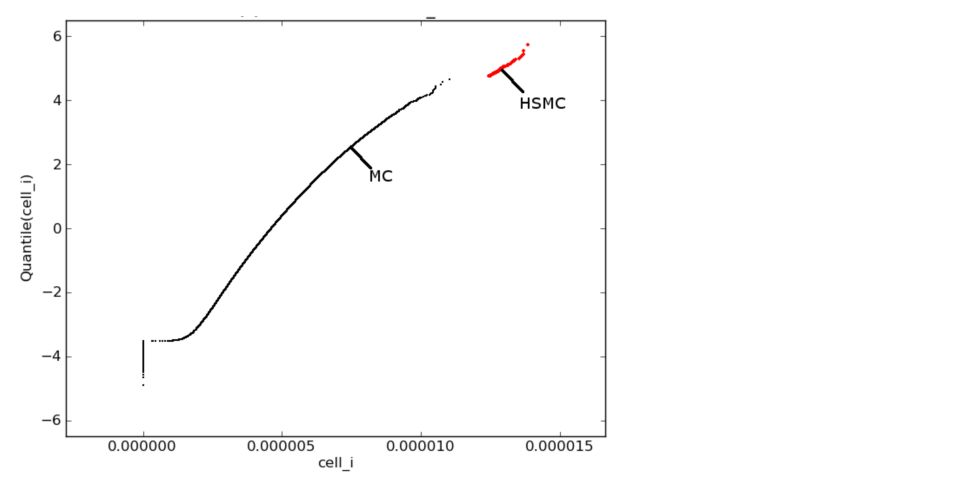 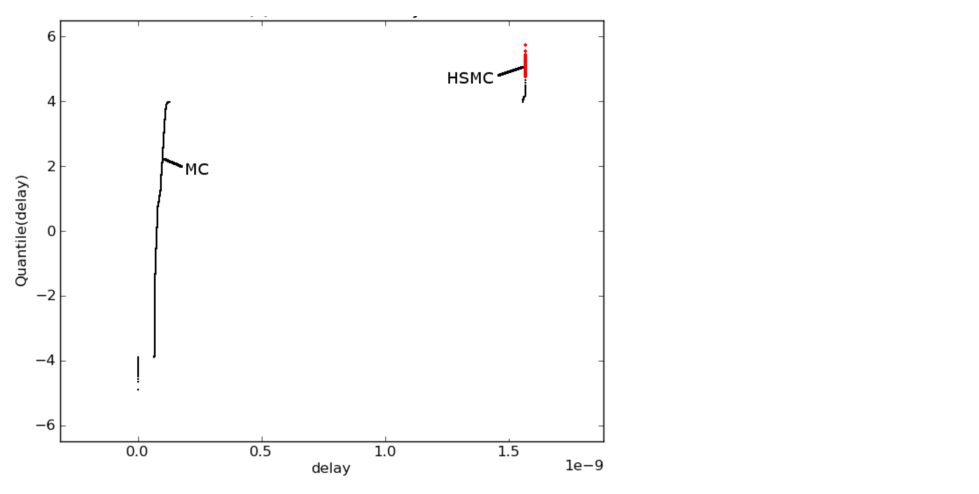 The process is extended further for reconciliation between global (die-to-die, wafer-to-wafer) and local (within-die) statistical process variation. It is clear that this method is fast due to handful of samples to be simulated, accurate as no likely failure is rejected, scalable as this method can handle 100s of process variables, verifiable and usable.