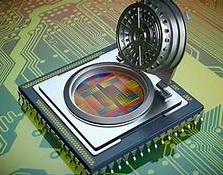 Disruptive technology and disruptive business models are the lifeblood of the semiconductor industry. My first disruptive experience was with Artisan Components in 1998. The semiconductor industry started cutting IP groups which resulted in a bubble of start-up IP companies including Artisan, Virage Logic, Aspec Technologies, and Duet Technologies. Back then we were getting hundreds of thousands of dollars for a library when all of a sudden Artisan introduced a free royalty based model backed by the foundries. Artisan was later purchased by ARM for $900M, Virage was purchased by Synopsys for $350M, Aspec, Duet and dozens of others went out of business.

I see the same opportunity with RISC-V. I see disruption coming to the CPU IP market. The challenge is the ecosystem and that’s where crowdsourcing comes into play.

RISC-V (pronounced “risk-five”) is a free and open ISA enabling a new era of processor innovation through open standard collaboration. Founded in 2015, the RISC-V Foundation comprises more than 100 member organizations building the first open, collaborative community of software and hardware innovators powering innovation at the edge forward. Born in academia and research, the RISC-V ISA delivers a new level of free, extensible software and hardware freedom on architecture, paving the way for the next 50 years of computing design and innovation.

About Intrinsix Corp.
Intrinsix Corp., headquartered in Marlborough, MA USA, is a design services company for advanced semiconductors with clients around the globe. The company has been servicing the needs of electronic product and semiconductor companies for more than 30 years. Intrinsix has the platforms, process and people to ensure first-turn success for industry-leading semiconductors.

Have you ever had a great idea for a new product but then stopped short of following through on it because of the complexities involved to implement it? It’s frustrating to say the least. It is especially frustrating, when the crux of your idea is simple, but complexity arises from required components that don’t add to the functionality of the design. Enter the world of an internet-of-things (IoT) device.

Last month I did an article about Intrinsix and their Ultra-Low Power Security IP for the Internet-of-Things (IoT). As a follow up to that article, I was told by one of my colleagues that the article didn’t make sense to him. The sticking point for him, and perhaps others (and that’s why I’m writing this article) is that he couldn’t see why you would want hardware acceleration for security in IoT edge devices. He wasn’t arguing the need for security. He was simply asking why you would spend the extra hardware area in a cost-sensitive device when you could just use the processor you already have in the device to do the work in software.

As the Internet-of-Things (IoT) market continues to grow, the industry is coming to grips with the need to secure their IoT systems across the entire spectrum of IoT devices (edge, gateway, and cloud). One need only look back to the 2016 distributed denial-of-service (DDoS) attacks that caused internet outages for major portions of North America and Europe to realize how vulnerable the internet is to such attacks. Perpetrators, in that case, used tens of millions of addressable IoT devices to bombard Dyn, a DNS provider, with DNS lookup requests. Analysts predict that by the year 2020, there will be over 212 billion sensor-enabled objects available to be connected to the internet. That’s about 28 objects for each person on the planet. While the opportunity for disaster seems obvious, the opportunity to make a lot of money on IoT is even bigger, so the industry needs to urgently address the problem. How can you make your IoT SoC devices secure?