The semiconductor industry lost another good one last week, my friend, co-worker, and longtime SemiWiki contributor, Randy Smith. Randy published sixty blogs on SemiWiki over the last eight years that have been viewed more than a half million times. That is quite a digital legacy, absolutely. 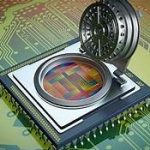 ARM announced a new POP deal with UMC 28nm last week. POP stands for Processor Optimized Package meaning physical IP libraries (logic and memory) are customized for ARM processor cores and mainstream EDA tools creating a platform for optimized chip design. POP is a much bigger deal than most people realize so let’s get into a little… Read More 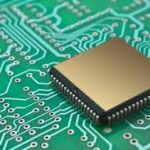 It is important to note that the System On Chip (SoC) revolution that is currently driving mobile electronics has one very important enabling technology and that is Semiconductor Intellectual Property. Where would we be without the $6B+ commercial semiconductor IP market segment? Computers and phones would still be on our desks… Read More