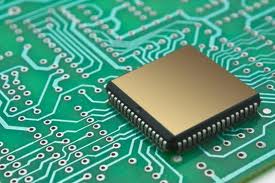 It is important to note that the System On Chip (SoC) revolution that is currently driving mobile electronics has one very important enabling technology and that is Semiconductor Intellectual Property. Where would we be without the $6B+ commercial semiconductor IP market segment? Computers and phones would still be on our desks for one thing. Semiconductor IP; soft cores, hard cores, physical IP, interface IP, etc… not only reduce the cost and time to market of SoCs, it also dramatically raises the innovation bar.

One of the most interesting and enabling things about the semiconductor IP market segment is the business model that has evolved so I’m going to focus on that. Correct me if I’m wrong here but this is how I remember it.

One of the key enablers for the semiconductor IP market segment was process migration. I remember working with Sagantec in the late 1990’s, their DREAM layout migration tool not only moved IP to new process nodes, it also migrated many different types of IP to multiple foundries including standard cells, embedded memories, and custom IP blocks. One of Sagantec’s biggest customers was Intel who migrated x86 processors down the process road map for multiple generations. This migration technology, IMHO, was one of the catalysts for the semiconductor IP revolution that we are experiencing today.

The other catalyst was the economic downturn of the 1990’s. Semiconductor companies jettisoned internal IP groups to cut costs. These engineers later became IP companies providing products and services to the executives that cut them. Artisan Components and Virage Logic are two of the most notable but there were literally hundreds of others. Both Artisan and Virage were Sagantec migration customers by the way.

Unfortunately, the IP market got very crowded and ASPs dropped quickly from $1M to $50k for a standard cell library forcing a business model change. Artisan Components gets full credit for this one in my book, they changed from an upfront licensing model to a royalty model backed by the foundries. Seriously, what once cost $1M was now free to customers with a royalty paid to the IP companies by the foundries based on wafer sales. ARM ended up buying Artisan for $900M and Synopsys bought Virage Logic for $350M. The royalty based IP business model was certainly behind these “healthy” valuations, absolutely.

Not to be held hostage by overly aggressive royalty demands, foundries started internal IP development as a complimentary service to promote design starts and wafer sales. Today TSMC has the largest commercial IP catalog and silicon validation program enabling semiconductor IP companies around the world. The TSMC IP effort is industry leading with hundreds of millions of dollars invested in the fabless semiconductor design enablement ecosystem.

ARM has done a similar transformation of the microprocessor market blindsiding even the mightiest of semiconductor companies Intel Corporation. ARM also enabled the SoC revolution with a more balanced business model of upfront license fees, royalty revenue from every chip sold by customers incorporating ARM IP, and revenues from related development tools and customer support. Today the resulting ARM ecosystem is second to none which makes the David and Goliath battle against Intel for mobile, laptop, and cloud SoCs a fair fight.

0 Replies to “A Brief History of Semiconductor IP”