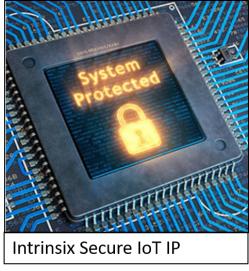 Have you ever had a great idea for a new product but then stopped short of following through on it because of the complexities involved to implement it? It’s frustrating to say the least. It is especially frustrating, when the crux of your idea is simple, but complexity arises from required components that don’t add to the functionality of the design. Enter the world of an internet-of-things (IoT) device. 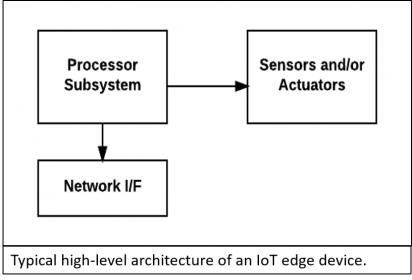 By definition, IoT devices live in the “wilds” of the internet, and that means they need to be made secure, else we endanger not only our own application but the internet upon which it depends. In most cases, IoT devices are made up of a simple processing unit, a network interface, and one or more sensors/actuators. These devices are typically much simpler than the required security element. This begs the question of how to bridge the security gap without having to hire an entire security team to design a secure device.

Depending on your device there are multiple options. Some CPU vendors have a complete and comprehensive approach to security built into their offerings. These offerings typically require some type of licensed IP. Alternately, some operating systems like Linux, can also provide for secure communications. Security algorithms are implemented in software and as such require sophisticated CPUs to implement them. However, many IoT devices don’t need or want the more powerful CPUs. In fact, the opposite is true. They need just enough computing power to talk to their sensors/actuators and then relay the information on to an IoT gateway. These devices need to be very low power, running on the smallest of batteries, while also being extremely cost sensitive. 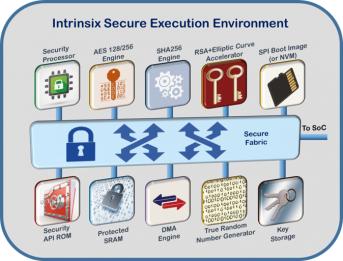 Intrinsix, a leading design services company, addresses the IoT security gap by providing a Secure IoT Jump-Start kit. The kit enables designers to quickly realize IoT designs with the required performance and security while using a minimized design architecture that is frugal on power. The Jump-Start kit makes use of a RISC-V processor which can be easily configured to use minimal features and this cuts down on both chip size, power and cost.

Security is provided through a custom IoT security hardware accelerator IP that dramatically reduces power consumption by as much as 1000X and increases battery life by as much as 10X. This frees up the CPU to be further customized for the specific application. The security IP is certified to be NSA Suite-B compliant (meeting NSA Secret level requirements), more than sufficient for most IoT applications.

The Jump-Start kit also makes use of the minimalist Zephyr OS which does away with the need for more sophisticated memory management needed by operating systems like Linux. This means you don’t need to have a dedicated MMU, further reducing the chip footprint and cost. 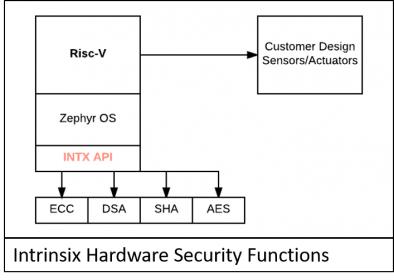 To make system design easier Intrinsix also includes within the Jump-Start kit a full software stack and API to access the dedicated security hardware accelerator. The software comes with example code that developers can use as a guide for linking security into all transactions into and out of the device. Of course, being a design services company, Intrinsix can be called upon to help implement a portion or all of the system for their customers.

In summary, the Intrinsix IoT Jump-Start kit is meant to give IoT system designers a way to jump over the IoT security gap and to enable them to get their initial IoT product up and running and into the market with a secure system while reducing risks and both non-recurring and recurring costs.

You can learn more about Intrinsix and their IoT offerings online at the link below or by downloading their IoT e-book.