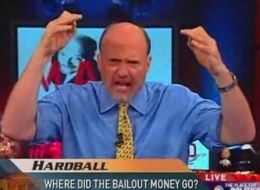 As an investor, one has to always be aware when Jim Cramer informs the world of the investment scenario you have been playing comes out of the shadows and sees the light of day. Soon the herd will follow which is positive, but now one has to figure how long to ride the roller coaster. In an article posted on thestreet.com entitled “Tech is Treacherous”, Jim Cramer bemoans the fact that it is September and the annual seasonal trade for technology stocks doesn’t appear to exist outside of Apple and its derivatives (Qualcomm, Broadcom and Cirrus Logic). What is going on?

The PC, if I can be blunt is becoming unfashionable. I must have bought or built at least 15 of them since the late 1980s, but I have recently been taken in by my wife’s iPAD with 4G. If I can get my company to outlaw powerpoint, then I can completely convert and drop a few pounds from my Hartman bag. Many of you are probably thinking the same thing and it doesn’t necessarily have to be Apple. Samsung and Amazon have you covered as well. We want devices that can be carried in only one hand and the option to have a keyboard or not.

The economics and the trends of the Mobile Tsunami are shaping up to be more powerful as they become substitutions and not additions to our PC environment. Winners become losers, or should I say travellers on the road to extinction because the Device Makers have decided to go Vertical in the supply chain, cutting out Intel, nVidia, AMD while reducing Toshiba, Micron, Elpida and others to a subservient status. Apple makes 90% margins on NAND Flash upgrades as it rides the cost curve down without increasing density and therefore this makes it difficult for NAND players to envision a future of making money.

The battlefield for the coming year is to be played out in the $500-$999 market segment that Intel has designated as the heart of the volume ultrabook computer. Apple has held the Mac Air up at $999, allowing the iPAD to be its product line to occupy the space with its average performing $20 processor. Meanwhile, Intel expects to receive between $100 – $200 for its ultrabook processors. The dilemma then is not just the processor price disparity but the form factor and the O/S. If the consumer and corporate purchaser turn away from 13” LCD based notebooks or the Microsoft Win 8 O/S, then there is no price that Intel can sell processors at that will win the market. Just to be clear, I do believe there will be a >$1000 corporate market for notebooks. It will, however, be the consumer who turns first and serve as the canary in the coal mine.

And so back to Jim Cramer. He is getting close to the truth without understanding the complete picture. Back in the good old mainframe days, IBM was vertically integrated and highly profitable. In the early 1980s however, they found themselves way behind the curve in the nascent personal computing market. Don Estridge’s newly formed group was given the flexibility to outsource the semiconductor components and the Operating System, thus the creation of Wintel and what would become the vast horizontal supply chain that profited immensely during the next 20 years. Now, though, we are returning to the Vertical Integration Model through the example of Samsung and Apple. Google and Amazon may follow, but options are limited. Perhaps Intel will step in to be the Semiconductor Foundry for $15 processors and $25 baseband chips and hope that the Foundry model doesn’t creep up in to the higher PC price bands and swallow them like Ivy Bridge is expected to do to AMD and NVIDIA.

The surprise to many this year is that the Smartphone and Tablets are pushing the envelope on leading edge process. One node back will not do when low power and integration drive out costs or increase battery life. Global Foundries announcement that they will have a 14nm production process in 2014 completes the picture that every foundry has to jump into the leading edge pool or be left high and dry. This however doesn’t guarantee profitable. More likely Qualcomm and Apple will continue to squeeze down on the Foundries who will be investing heavily in semiconductor equipment and thus create a new, unexpected winner in the Mobile Tsunami Race: ASML.

If this scenario unfolds and ASML turns out to be a growth proxy for the Leading Edge Semiconductor Industry then it will be ironic that the investment provided to it by Intel, Samsung and TSMC will be in many ways analogous to IBM buying a 20% stake in Intel in the early days of the PC to ensure that it had the R&D funds to develop future x86 processors. That investment turned out to be exactly at the beginning of the great semiconductor growth cycle of the 1980s.

FULL DISCLOSURE: I am Long AAPL, INTC, QCOM and ALTR. I am not invested in ASML but may do so next week or afterwards.