Register / Log In
Guests have limited access.
Join our community today!
You are currently viewing SemiWiki as a guest which gives you limited access to the site. To view blog comments and experience other SemiWiki features you must be a registered member. Registration is fast, simple, and absolutely free so please, join our community today!
The Future of Verification Management
by Bernard Murphy on 03-29-2018 at 7:00 am
View Profile
View Forum Posts 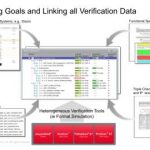 One of the great aspects of modern hardware verification is that we keep adding new tools and methodologies to support different verification objectives (formal, simulation, real-number simulation, emulation, prototyping, UVM, PSS, software-driven verification, continuous integration, …). One of the downsides to this… Read More

The next IP-SoC conference will be held in Grenoble, France, on December 6-7, 2016 after Shanghai in September and Bangalore, India, in April. This will be the 20[SUP]th[/SUP] edition of this unique IP centric event, as well as the celebration of Design And Reuse 20[SUP]th[/SUP] anniversary. Creating in 1997 a company fully dedicated… Read More

Most of the presentations from the FD-SOI Symposium in San Jose last month (April 2016) are now available on the SOI Consortium website (click here to see the full list — if they’re posted, you can download them freely from there). If you don’t have time to wade through them all, here are some of the highlights. … Read More

…and FinFET down to 3nm. This assertion is the result of extensive research work made by Thomas Skotnicki, ST Fellow and Technical VP, Disruptive Technologies, leading to numerous publications, like in 1988 in IEEE EDL or in 2008 in IEEE TED paper. I say extensive, I should also say long, very long, as it took almost 30 years for the… Read More

The headquarters of ST Microelectronics is officially in Switzerland, but in many ways the center of gravity is in the Grenoble area. You may have heard of Crolles where ST does process development, manufacturing and more, which is about ten miles north-east of the city. As a result, along with the CEA-LETI and Grenoble Institute… Read More

WTL Leverage FDSOI to Achieve Both Low Power AND High Speed
by Eric Esteve on 10-07-2014 at 11:46 am
View Profile
View Forum Posts

In fact, this is the title of a presentation given by Pete Foley during FD-SOI Forum 2014 held in Shanghai, a couple of weeks ago. What is nice with clever people like Pete Foley is that they get the point, and get it quickly. Getting the point is to insert AND in capital in the title, as using FD-SOI technology allows to benefit from low-power… Read More

There has been a lot of controversy about whether FD-SOI is or is not cheaper to manufacture than FinFET. Since right now FinFET is a 16nm process (22nm for Intel) and FD-SOI is, for now, a 28nm process it is not entirely clear how useful a comparison this is. Scotten Jones has very detailed process cost modeling software (that is what… Read More