Webinar: Samtec Teams with Otava and Avnet to Tame mmWave Design
by Mike Gianfagna on 03-05-2021 at 8:00 am
View Profile
View Forum Posts

mmWave design has traditionally been a boutique technology used in satellite and defense applications. Lately that’s changing. It turns out the complex, high frequency capabilities of mmWave technology are a key enabler for the 5G wireless networks being deployed today. I discussed some of this backstory in a recent post about… Read More

Our conference has grown over the past several decades to deliver a wealth of important information on the most relevant and state-of-the-art technology topics including 3D Integration,… Read More

5G Deployments – The Analysis Requirements are Ginormous
by Tom Dillinger on 10-07-2019 at 10:00 am
View Profile
View Forum Posts

The introduction of 5G communications support offers tremendous potential across a broad spectrum of applications (no pun intended).  5G is indeed quite encompassing, across a wide range of frequencies – the figure below illustrates the common terminology used, from low-band, mid-band (“sub 6G”), and high-band (“mmWave”)… Read More 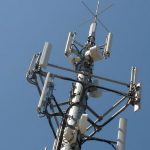 Early in this week, I was reading news about Samsung announcing its breakthrough 5G mmWave technology. Well, this can bring fastest smart phone in the world which could enable several functions of day-to-day life and become revolutionary. The technology is not ready for commercial use, its building blocks seems to be working.… Read More