Register / Log In
Guests have limited access.
Join our community today!
You are currently viewing SemiWiki as a guest which gives you limited access to the site. To view blog comments and experience other SemiWiki features you must be a registered member. Registration is fast, simple, and absolutely free so please, join our community today!
RAPID + TCT
by Admin on 04-01-2021 at 12:00 am
View Profile
View Forum Posts

After ongoing consultation with our community partners and extensive efforts to identify viable alternatives to present the event this year, SME has decided to postpone RAPID + TCT to April 2021 at McCormick Place in Chicago. 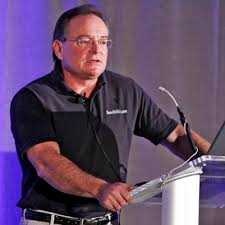 On September 8, 2016 GLOBALFOUNDRIES (GF) announced their 12nm FDSOI technology node. On September 12th I had a chance to interview Greg Bartlett, GF Senior Vice President for the CMOS Business Unit (as a side note, GF has: RF SOI, ASIC and CMOS business units).… Read More

Is the IOT a Terminator or a Transformer? Where to look to get the most value out of the Internet of Things revolution. The rebooted Terminator movie came out earlier this summer. Its blasted, futuristic landscape of robot killers and gun-toting, warrior humans probably started with enhanced computer technology similar to what… Read More

Respected Gordon Moore has given the real computing power to the world and Respected Stephen Hawking’s work from past many years has given the reality of physics and mathematics to the universe. We can imagine the shrinking and intelligence in computing due to the real evolution of semiconductor technology. The process… Read More

I recently returned from a trip to Southeast Asia, including Vietnam. The trip was for pleasure, not business, but I could not help but notice the boom in economic activity. The coastal cities of Hai Phong, Da Nang and NHA Trang were trying to outdo each other in building hotels, bridges and amusement parks – largely to cater to foreign… Read More

I came across a very interesting article/blog written over the weekend by Jean-Louis Gassée on Intel and mobile. It covers some similar ground to several of my blog posts on the topic but also has some new facts. And it has additional credibility since Jean-Louis was head of product development and worldwide marketing at Apple (pre-iPhone).… Read More 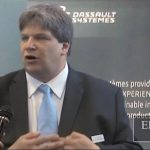 One of the many consequences of shrinking process nodes is that traditional OPC can no longer achieve good pattern fidelity with reasonable turn-around-time. But there is a solution; we made it ourselves and call it matrix OPC.