… Read More
China Winning the Future of the semiconductor industry?
by Bart van Hezewijk on 09-01-2019 at 11:00 am
View Profile
View Forum Posts

In last 3 decades of semiconductor market, the largest growth in IC sales was at 33% in 2010. At that time global recession had started due to financial crisis and in 2009 oil prices fell more than 30%. It appeared that oil prices were negatively correlated with semiconductor market growth. Today again there is another sharp decline… Read More

Semiconductor Usage Revolves Around Asia
by Pawan Fangaria on 09-07-2015 at 7:00 am
View Profile
View Forum Posts 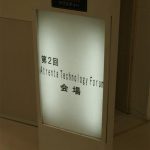 As they have done for the last few years, Atrenta held its fifth annual user group meeting at the Shin Yokohama Kokusai Hotel on September 13. The attendees are a mixture of customers and other interested members of the semiconductor supply chain. There were nearly 90 people there representing 48 different companies in Japan. 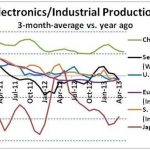 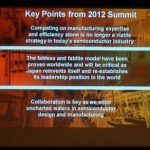 When I started in this business, we were at 3 micron HMOS. A few other things are close to that size. A red blood cells is about 9 microns, a human hair is about 100 microns. And in a bizarre “only in Japan” video, people compete to plane the thinnest shaving off a plank of wood. It turns out the answer is 9 microns. That’s… Read More