If expanding industries typically indicate vibrancy, a race to acquire and consolidate is generally reflective of the opposite – a period of slowed growth in mature, once high-flying categories. And while many industries experience a period of stardom, followed by a sharp and steady decline, we should be extremely worried when… Read More

Four Industries that will be Transformed by GaN
by Alex Lidow on 09-02-2015 at 4:00 pm
View Profile
View Forum Posts

In a previous post we discussed a few automotive applications that will be big markets for GaN technology. But this is just a small part of the GaN story!

GaN transistors such as eGaN FETs from EPC are today available with performance 10 times better than the best commercial silicon. What happens when several devices are integrated… Read More

GaN Technology — Contributing to Medicine in No Small Way
by Alex Lidow on 08-26-2015 at 12:00 pm
View Profile
View Forum Posts

In past posts, the disruptive nature of gallium nitride (#GaN) semiconductor technology, especially eGaN® FETs, was discussed…now with significantly higher performance at an equivalent cost, the inevitability of GaN displacing the aging power MOSFET is becoming clearer.

Four Things a New Semiconductor Technology Must Have to be Disruptive
by Alex Lidow on 08-21-2015 at 12:00 pm
View Profile
View Forum Posts

This post discusses attributes of gallium nitride (#GaN) that make it a disruptive technology and identifies the four factors required for GaN technology to displace silicon as the technology of choice.

Displacing the Silicon with GaN
38 years ago, when I first entered the semiconductor business as a freshly minted Stanford … Read More

GaN technology is disruptive, in the best sense of the word, making possible what was once thought to be impossible – eGaN® technology is 10 times faster, significantly smaller, and with higher performance at costs comparable to silicon-based MOSFETs. The inevitability of GaN displacing the aging power MOSFET is becoming clearer… Read More 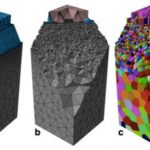 Most of what is talked about on SemiWiki is silicon design. After all for regular SoCs it is the only game in town. But for high voltage power applications (think automotive for one big market) there are other more esoteric technologies becoming more attractive.