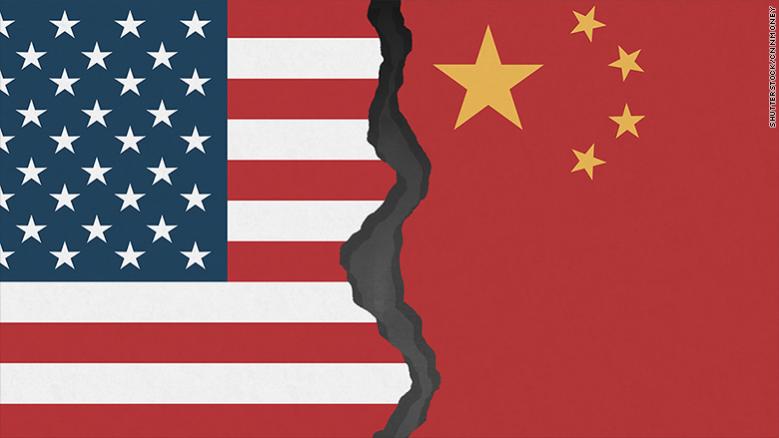 We have been very vocal and perhaps the first to warn of the risks to the semiconductor and semiconductor equipment industry from the China trade war with the US. It seems that the war is now fully upon us with the imposition of 25% tariffs by the US and promised retribution by China. The semiconductor industry is at the leading edge of the “made in China 2025” program that the White House would like to blunt, and along with it the current trade imbalance.

We had also warned that the stocks have gotten too far ahead of them selves since the beginning of the year as stocks have soared will fundamentals have wallowed and more importantly, ignored the increasing trade risk which has now returned home to roost.

There should be no question as to the fact that damage will be done to the chip industry, the only question is how much and how long lasting. Some of the damage may be long lasting enough to be permanent. Other damage may go away if we ever manage to find a resolution.

From a simplistic point of view we can look at things that are made in China and subject to the tariffs but we also have to dig deeper and think about potential responses from China and other second and third order impact that is possible.

Who makes stuff in China? AEIS & UCT among others
A number of years ago, Advanced Energy shut down all its manufacturing of semiconductor power systems in Colorado and proudly moved it all to Shenzhen China for lower cost. Virtually all of their semiconductor related product which is the majority of profitability is made in China and likely caught up in the trade war. Given that AE is already suffering from a cyclical down turn in the industry and customers are already putting increased pressure on costs, the cost of a tariff would eat much if not all gross margin. It would be very difficult, if not impossible to move manufacturing as it took years to move it to China in the first place.

UCT is another sub supplier to the industry with significant manufacturing in China. The type of components manufactured by UCT carry relatively low, teenage, gross margins that would be completely swamped by tariffs such that they would be in a loss condition. Again, moving would be difficult and time consuming. Their customers, like Applied Materials and Lam have become accustomed to the low prices and would not allow increases to be passed on in any significant way.

ICHOR could benefit
On the other hand, Ichor, which is a similar supplier to AMAT and Lam of products similar to UCT does not manufacture in China and thus not susceptible to tariff troubles. We think that Ichor could see significant share gains depending on tariff impact and length of the trade war. From an investor perspective we would think about a pair trade of long Ichor and short UCTT, on trade issues.

Rare Earth elements
The technology industry uses a lot of “rare earth elements” that are primarily supplied by China which China has limited access to in the past and could once again use them as a critical lever in trade wars.

The rare earth elements are much tougher problems to try to get around as there really aren’t other sources on the planet for many of them.

As an example, “cerium”, a rare earth element is used in slurries for CMP polishing. Cabot Microelectronics, CCMP, is the leading manufacturer of CMP slurries in the US.

Yttrium is a rare earth element used in etch chambers to protect the etch chambers from “eating themselves up” as part of the etch process. Etch tools are obviously made by Lam, Applied, Tokyo Electron among others.

There are 17 “rare earth elements” that are critical to technology and many have seen prior embargoes from China as well as huge price increases. These could all be used as very strong levers in trade.

More Interested in Soy beans and Coal
Unfortunately, the current administration seems more interested in soy bean exports and coal production as that is where its political base of support is strongest. The technology industry has not been a priority as it has not been seen as friendly or loyal to the current administration. Even Tesla could not get the new “brains” (CPU board) for its enhanced Model 3 self driving technology exempted from the China tariff list as the board is assembled in China, even though sourced in the US.
We would expect any tech company, not just chips, with product sourced in China will get hit. Conversely we would expect more protection of the more strategically important soy bean industry.

Export Tariffs
We are remain surprised that the administration hasn’t figured out the idea of export tariffs or restrictions, on technology that China needs for made in China 2025. China has long ago figured out the restricting the export of technologically important rare earth elements or jacking up prices was very effective. We on the other hand haven’t seemed to have figured out that China is desperate for our semiconductor equipment to power the many, many fabs it is building for made in China 2025.

I have said on a number of previous occasions that we are selling China the rope that they will use to hang us in technology, at the very least we could make it very expensive or hard to get.

Obviously this would have a huge negative impact on the semi equipment industry but it may be better in the long run.

We have already permanently lost market share to Japan

We don’t think that export restrictions or tariffs would hurt us any further than we have already been hurt. It is very, very clear that after the whole Jinhua fiasco, that Chinese fab builders are looking for any way possible not to buy US made tools.

Its not like there is any love lost between the Chinese and Japanese, but right now the Japanese look a lot more attractive than Americans.

A further leg down in the cycle and slower recovery?

We had already been concerned about the length of the current down cycle. We think its clear that memory won’t recover before the end of the year and into 2020.

A significant , ongoing trade ware with China could prove to be a further leg down in the cycle, leading to a lower bottom, and an even further impaired recovery with a longer horizon.

The stocks
We think there is a lot more trade risk in the stocks than the downside we have already seen. Initial indications are not great for a negotiated peace and the tech industry, and chips in particular have a very high exposure.

We would look to avoid those stocks with high China trade exposure or subject to tariff or retaliatory moves from China such as those we have mentioned above.

We think there is a lot more trade risk in the stocks than the downside we have already seen. Initial indications are not great for a negotiated peace and the tech industry, and chips in particular have a very high exposure.

We would look to avoid those stocks with high China trade exposure or subject to tariff or retaliatory moves from China such as those we have mentioned above.

The group could remain under pressure as this will be a slow motion train wreck over a long period of time.