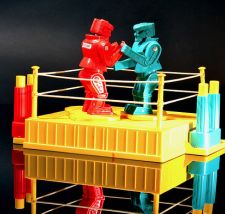 The Common Platform Technology Forum last week was not well attended, less than half than the GlobalFoundries Conference. It was deja vu of previous CP forums but there were a couple of surprises to go with the disappointment. The lunch line was long, but fortunately I was escorted to the press lunch featuring VIP’s from Samsung, IBM and GlobalFoundries. Yes, I still blog for food.

While I originally thought bringing back Common Platform from the dead was a good idea, attending the Forum definitely changed my mind. According to the presentations, Common Platform WAS wildly successful, but clearly it was not. Chartered Semiconductor WAS Common Platform and Chartered WAS purchased by GlobalFoundries for pennies on the total investment dollar, right?

I would have rather them said, “Look, Common Platform has changed and this is why it WILL be successful from this day forward”. A little humility goes a long way, it also shows respect for the intelligence of the audience. My opinion now is that Common Platform should be laid to rest, dead is dead, no coming back. Only Zombies come back from the dead and no one wants a Common Zombie Platform.

The surprises were twofold:

(1) The FabClub will move to Gate-Last technology for 20nm and beyond. This is HUGE! Gate-Last and Gate-First refer to the point at which a metal gate electrode is dropped onto the wafer, before or after the high-temperature heating process. I spoke with Dr. Shang-Yi Chiang, Vice President of TSMC R&D, and asked why Gate-Last versus Gate-First for 28nm? TSMC actually had parallel 28nm projects: Gate-First, Gate-Last, and Poly-Gate. The winner was the Gate-Last 28nm implementation coupled with Restricted Design Rules (RDRs) due to scalability, performance, and yield. Dr Chang also stated that there is no density penalty using RDRs. When GFI starts yielding we will know for sure which implementation is best at 28nm but it looks like Shang-Yi was right. TSMC has 28nm Silicon with Altera, Nvidia, Xilinx, and AMD/ATI. The only silicon announced from GFI is ARM test chips.

(2) The FabClub fabs (IBM, GFI, Samsung) are GDSII compatible but not mask compatible. This may be ignorance on my part, but I assumed you could move designs across foundries without millions of dollars in mask and other costs. GDS II compatible means design rule compatible, they can use the same DRC decks. 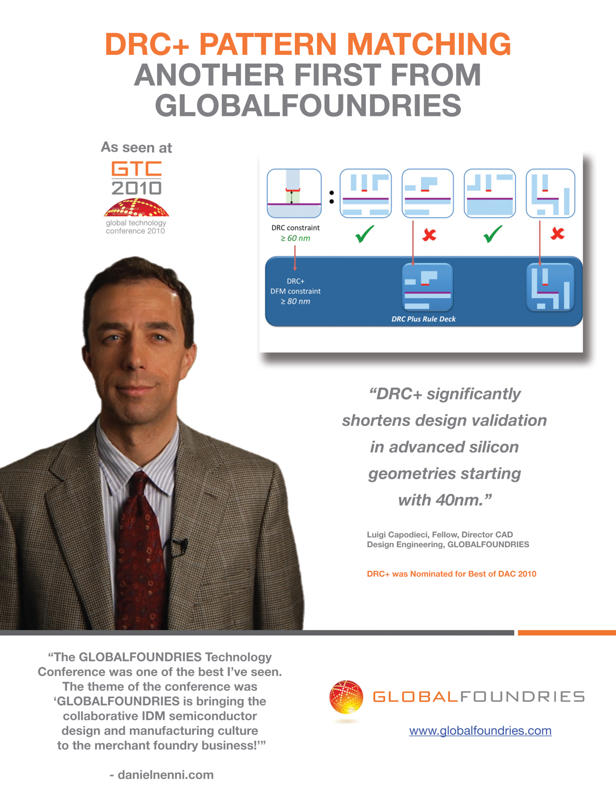 The underlying theme I got from the forum was cost (yawn). The cost of future semiconductor research, development, and manufacturing will be too much for one foundry (TSMC) and will require a FabClub. Even if it was true it’s boring. An even better forum theme, one which I personally endorsed, would have been:

Samsung, IBM, and AMD are born and bred IDMs, GFI is a foundry. Take the best of both worlds and deliver. It’s a winner, believe it. A distinct advantage GlobalFoundries has over the competition and FabClub partners is communication. These guys have raised the bar! My advice is for IBM and Samsung to step aside and let GlobalFoundries lead the way.